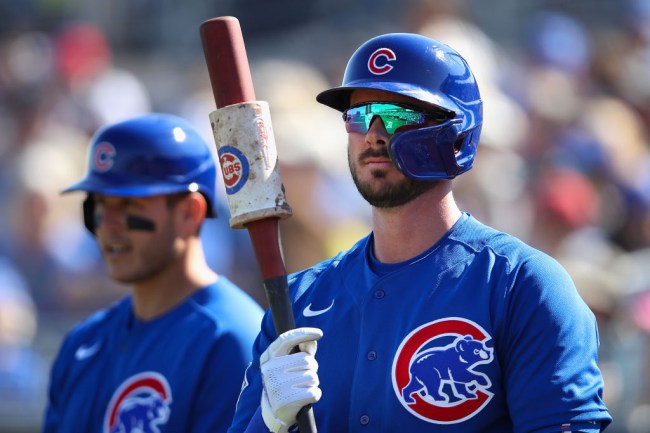 MLB players reported to summer training camps on July 1 with sufficient coronavirus testing procedures supposedly on the forefront among health and safety guidelines, but that doesn’t seem to be the reality.

According to the return-to-play agreement, players are supposed to be tested every other day, but Cubs third baseman Kris Bryant explained that that’s not happening. Bryant painted a rather lackluster, and unsafe picture when it comes to the MLB and its testing procedures.

“We have had guys that showed up here on Sunday and hadn’t gotten tested again until seven days later,” Bryant told The Athletic. “And then you don’t get the results for two days either. So that’s nine days without knowing. If we are want this to succeed, we are going to have to figure it out.”

Seven days between tests and a total of nine days before receiving results? That’s less than ideal.

Given the unfortunate circumstances, Bryant expressed that he thought he would be comfortable and feel safe if the procedures were going according to plan, but that isn’t the case anymore.

“I wanted to play this year because I felt it would be safe and I would feel comfortable. But honestly, I don’t really feel that way. Which is why I am really trying to keep my distance from everybody, wear a mask and hope we can get this thing going. If we want it to happen and we want it to go smoothly, this should be the easy part. When we are on airplanes, in hotels, getting room service, who knows what people are doing. That goes for the other teams too. If we can’t nail the easy part , which is right now, we have a big hill to climb.”

The MLB released a statement explaining that it collected 3,740 tests between June 27-July 3, but only 98% of fetched results with the other 2% pending.