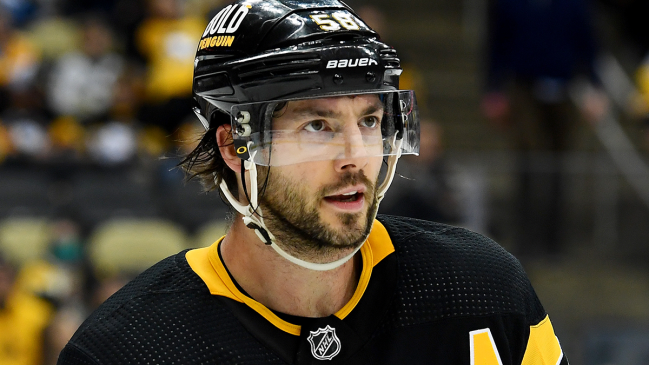 In 2014, Pittsburgh Penguins defenseman Kris Letang suffered a scary setback just a few months before his 27th birthday after suffering a stroke midway through the season. No one would’ve blamed him for sitting out the remainder of that campaign, but Letang wasted no time working to get back in action and eventually made his grand return with three games to go on the calendar before averaging over 20 minutes of ice time in 13 Stanley Cup Playoff games.

The experts tasked with treating Letang were able to identify a primary culprit in the form of patent foramen ovale (PFO), a fairly common heart defect that affects 25% of people on the planet. While it typically doesn’t pose a major risk, it can result in a cardiac environment that makes it easier for blood clots to form and subsequently trigger a stroke and other medical emergencies.

While it was obviously an unfortunate incident, it did come with a silver lining. Letang was previously unaware of the defect, but the diagnosis made it easier to monitor and gave him and his doctors a chance to be more proactive in treating it.

With that said, the nature of PFO means there’s only so much you can do to ward off the dangers that are perpetually lurking under the surface—a reality that was manifested at the end of November when Letang was sidelined for a second time due to a stroke.

The initial prognosis was fairly promising, as the 35-year-old initially thought he was dealing with a migraine before the doctors who treated him informed him of the true cause. However, it seemed like there was a good chance he’d have to spend a fair amount of time away from the ice yet again.

It’s safe to say that did not turn out to be the case. On Thursday, Letang suited up in a regular practice jersey when he rejoined the Penguins just 10 days after he ended up in the hospital.

It’s still unclear when Letang will be cleared to play in an actual NHL game, but Penguins team physician Dr. Dharmesh Vyas shared some promising updates while discussing his progress and current status.

Dr. Vyas on Letang: "His stroke this time was much smaller than it was last time. His symptoms have resolved a lot quicker than they did the last time as well. We know what to expect – the data has also evolved in terms of how this hole (in his heart) is to be treated."

Dr. Vyas on Letang: “He’s always surprised us with how well he heals. We don’t think this is accelerated in any way, we’re taking all the right precautions to make sure he is safe to go out and play. And when that time comes, we’ll let him go back to playing his sport.”

That, my friends, is what we refer to as “Hockey Tough.”