Kyler Murray Tiptoes Down The Sideline At A Full Sprint, Puts On A Show Against Miami 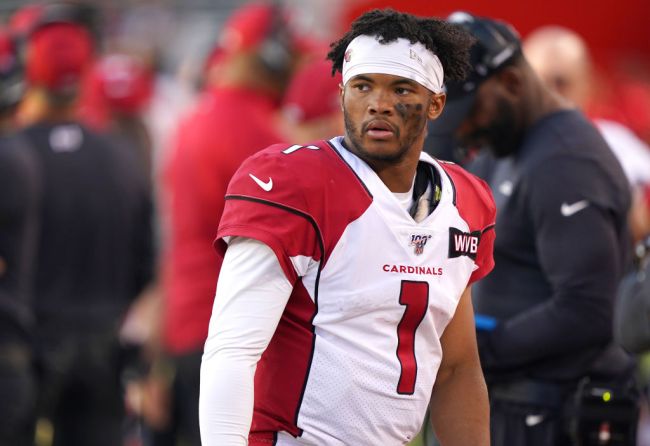 Remember when people thought that Kyler Murray should play baseball?

Well, they were wrong. The 2018 Heisman Trophy winner has been nothing short of exceptional in his first two seasons with the Arizona Cardinals and joined an exclusive club on Sunday. He became only the fourth quarterback to rush for more than 500 yards in each of his first two seasons, and still has half of the season yet to play. Josh Allen, Lamar Jackson and Cam Newton are the other three athletes to tout those numbers.

Through the first seven games of 2020 and three quarters against the Dolphins, Murray has thrown for 2,088 yards and 16 touchdowns and adds 529 yards and a touchdown on the ground. His four total touchdowns through the first 45 minutes this weekend matched the total number of incompletions he threw in that same time frame. While his box score statistics are one thing, the way he looks while playing is another. The 23-year-old is shifty, to say the least.

Head coach Kliff Kingsbury elected to roll the dice on 4th-and-1 around midfield in the third quarter and called a read-option. Murray took it for 28 yards with an electric scramble to the sideline.

And the @AZCardinals take the lead!

His quickness is unmatched and his ability to shake defenders is silly. To make things more interesting, his ball security (or lack thereof) while carrying the rock is questionable at best and provides an edge-of-your-seat sense of exhilaration.

The internet had some great reactions to Murray’s

At what point are we talking about Kyler Murray for MVP