Kyrie Irving Still Not Allowed To Play In Home Games Even After NYC Drops Vaxx Mandate, Will Be Allowed To Be A Spectator 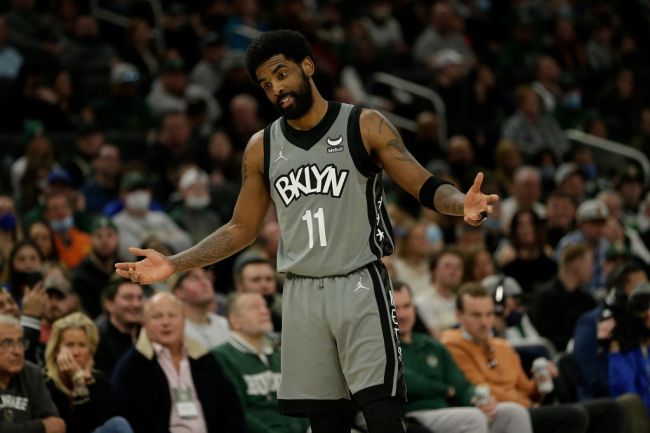 Unvaccinated Brooklyn Nets star Kyrie Irving will have to wait a bit longer before being allowed to play home games.

So long as our indicators show a low level of risk and we see no surprises this week, on Monday, March 7 we will also remove the vaccination requirements for Key2NYC — meaning indoor dining, fitness and entertainment venues.

Irving will still be subject to the city’s vaccine mandate for large employers and will not be allowed to play in home games until the private sector mandate is lifted.

But: I'm told the private sector mandate still restricts Kyrie Irving from playing in home games, although he could enter Barclays Center as spectator.

Eric Adams’ press secretary confirms that Kyrie Irving will still not be eligible to play given private sector mandate decisions, yet Irving will be allowed to be in the arena.

Make it make sense — the science behind that decision simply does not. https://t.co/xWgYu01bhz

Despite NYC Mayor Eric Adams' announcement, a city official told WABC-TV that Kyrie Irving would still not be able to play at the Barclays Center on March 7 as the city's vaccine mandate for workers remains in effect. pic.twitter.com/te7ILzsH8y

Here's interpretation on NYC Mayor's announcement: Kyrie Irving remains restricted from playing under NYC mandate for large employers, but March 7 loosening of Key2NYC mandate is another step in what's expected to be an inevitability Irving will be cleared to play this season.