Kyrie Irving Is Replying To Randos On Twitter, Says The Media Are ‘Puppets’ That Are Being Controlled 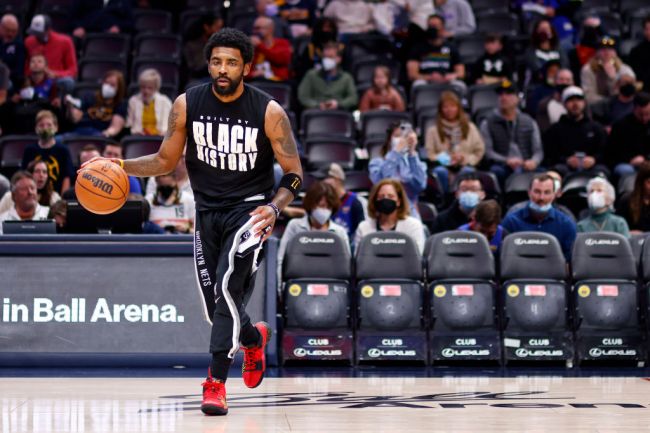 Just a day after James Harden was traded from the Brooklyn Nets to the Philadelphia 76ers, Nets guard Kyrie Irving — a key figure in Harden’s exit from New York City — has taken to Twitter to reply to random people who are criticizing him, a move famously and frequently pulled by his fellow Nets teammate Kevin Durant.

In one of Irving’s replies to The Athletic, he implied that the media, who are “puppets”, are being controlled by someone else, which further highlights Irving’s frequently-on-display conspiratorial nature.

“Lol I guess this is ‘breaking news’ media nowadays,” Irving said in response to The Athletic’s report that Irving wanted Harden to be traded. “Keep my family name out y’all Simpleton articles. The Puppets are running wild again.

Irving’s reply to The Athletic is hardly the only tweet he fired off on Friday morning, as he’s also been replying to regular civilian sports fans who are being critical of him. In response to one fan who said that he and KD have the combined maturity of an “upset eighth-grader,” Irving responded by saying that the pair are actually “an example of Black Indigenous Excellence at a craft that only a few individuals out of billions of people can do. 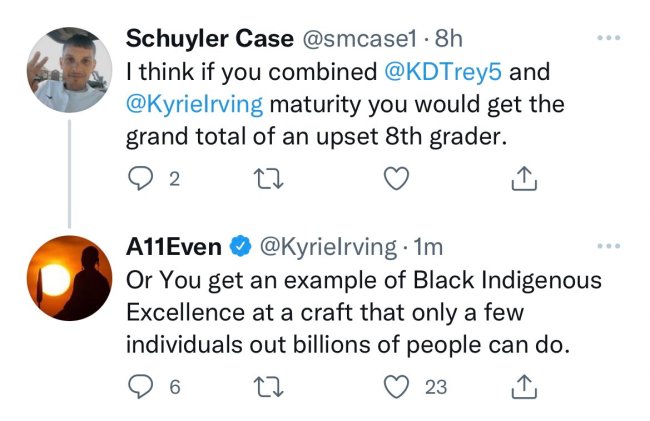 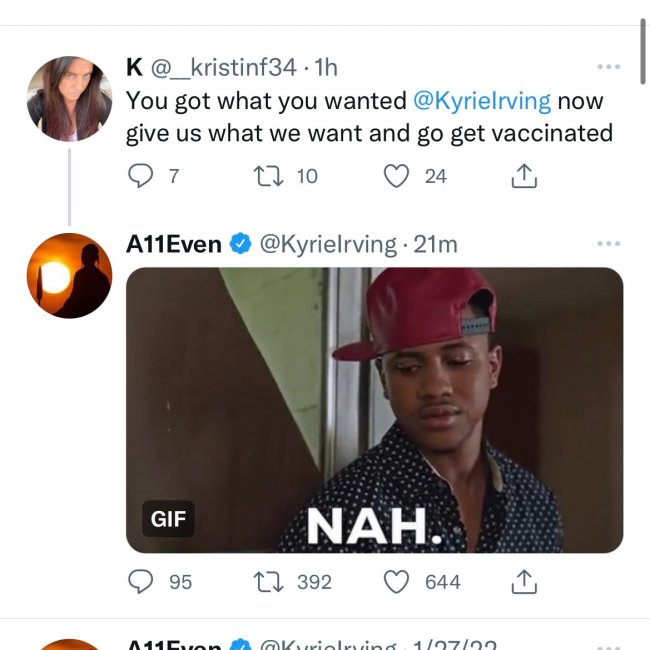 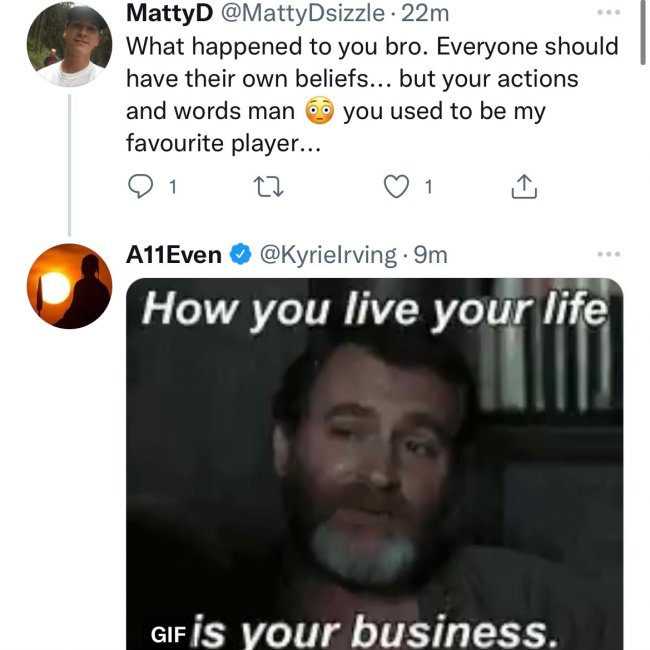 The Brooklyn Nets will now be forced to hope that 50% of Kyrie Irving is worth more than 100% of James Harden as they look to make their way to the NBA Finals, who was shipped out prior to Thursday’s trade deadline for a package of for Ben Simmons, Seth Curry, Andre Drummond, and two first-round picks.