Over 7,500 Laker Fans Sign Petition To Prevent Danny Green From Getting A Ring After He Missed Crucial Wide-Open 3-Pointer During Game 5 Of The NBA Finals 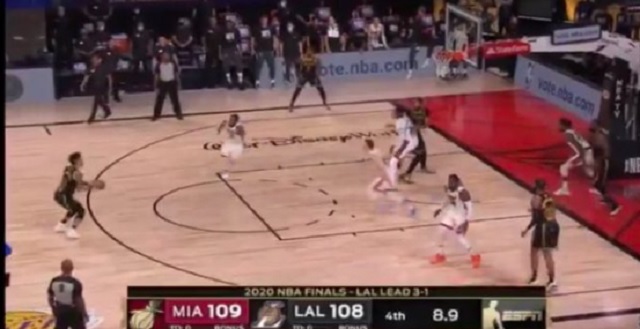 Danny Green has had a brutal run during the NBA finals where he’s shooting 23 percent from the field and may have cost his team a chance of clinching a title on Friday night.

During game 5 of the NBA Finals, Green missed a wide-open 3-pointer with 8 seconds left in the game which would have put the Lakers in prime position to win their 17th championship.

Lakers fans were obviously not happy with Green’s miss and blasted him on Twitter.

call me Danny Green cause I be missing all my shots pic.twitter.com/hJEvUk8ZBE

Following the team’s game 5 loss, Laker fans began circulating a petition to prevent Green from getting a ring and it already has over 7,500 signatures.

The Los Angeles Lakers: Danny Green shouldn’t get a championship ring if the Lakers win the 2020 NBA Finals – Sign the Petition! https://t.co/GfMYZRiddt via @Change

Green better hope the Lakers end up winning the championship because Lakers fans are going to be furious with him if the team blows a 3-1 series lead to the Heat.