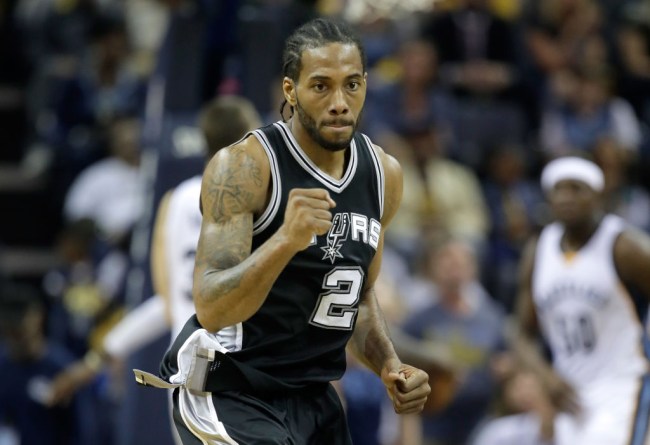 There’s a possibility that the LA Lakers could strike out completely this offseason and not pick up a superstar. According to a report from ESPN, the Lakers are feeling pressure to trade for Kawhi Leonard before LeBron James makes his decision in the next week or so.

Story includes Lakers working to acquire a future first-round pick with a willingness to accept salary dumps for 2018-19 season. Lakers could flip a pick into a potential Leonard trade, and still keep one max salary slot open for free agency. https://t.co/upENsFYChC

As LeBron James remains hesitant to be the first superstar to decide on the Los Angeles Lakers in free agency, pressure is mounting for the Lakers front office to execute a trade with the San Antonio Spurs to acquire disgruntled All-NBA forward Kawhi Leonard, league sources told ESPN.

There’s a race to secure Leonard before James is faced with deciding whether to become a free agent on Friday, especially with concern that Oklahoma City’s Paul George is no longer assured of signing with the Lakers, league sources said.

Another preference by James that could impact free agency, league sources said, is that he wants to make a decision quickly in July free agency.

The Spurs have made it clear that they’re not really interested in trade Leonard to a Western Conference team which could throw a wrench in the Lakers offseason plans. We’ll have to wait and see what happens with LeBron/Kawhi/PG in the upcoming weeks but as of now it looks like all three are staying put with their current teams.