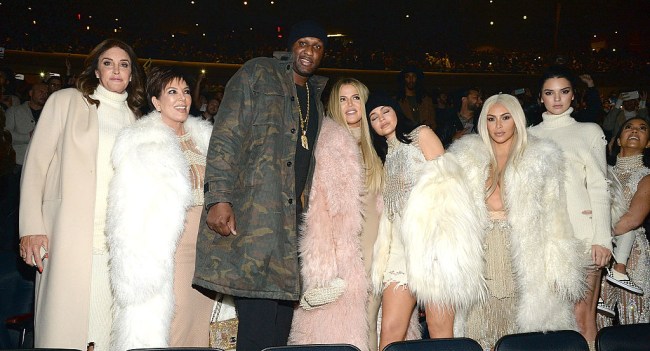 Lamar Odom has a new book out and that means that he is required by his publisher to say some eye-opening statement to get people interested in his upcoming memoir. The former NBA player has come out to say that he is a sex addict and has revealed how many women he has slept with.

In his upcoming book titled Darkness to Light, Odom says, “I have been obsessed with sex for as long as I can remember.” The 39-year-old former basketball player declares, “I am a sex addict.”

“There were too many strippers to count,” Odom tells People magazine. “It wasn’t a big deal, but often I would pay them. I never thought less of them.”

Odom reveals that he has had sex with more than 2,000 women in his book. Odom’s sex addiction became national headlines in 2015 when he overdosed and nearly died at the Love Ranch brothel in Carson City, Nevada. Odom says that sex would trigger his drug abuse because he would want to “double up on that good feeling.”

Lamar also reveals that he cheated on Khloe Kardashian while they were married. She found out about his infidelities. “I was shocked and embarrassed,” Odom told People magazine. “I wanted to take it back, but you can’t. [I] wanted to hide it. But that sick sin was hard for me to hide … I had a problem.” Kardashian and Odom got married in 2009, separated in 2013 and eventually divorced in 2016.

Odom also says he was also addicted to adult movies and actually ran out of explicit material to watch. “That’s how you know when you are going a little overboard,” Odom says of his online addiction.

Odom said his near-death overdose experience was “the wake-up call” and said “this can’t happen again.” Lamar says that he is drug-free these days, but he admitted that he still “smokes trees” as in smoking marijuana. Odom struggles and he is still a recovering addict. Odom promises, “I will not go into the darkness. Ever again.”

Odom is currently playing in the BIG3 league for the Enemies with head coach Rick Mahorn and players Gilbert Arenas, Perry Jones and Royce White.