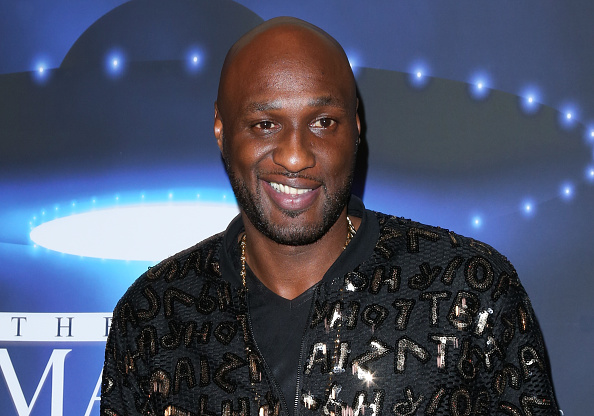 It’s been about three years since former Lakers star Lamar Odom nearly died after overdosing on drugs while in a Las Vegas brothel. Despite his near brush with death it doesn’t seem like Odom can stay out of trouble.

According to a report from Radar Online, Odom and his girlfriend were kidnapped and held at gunpoint after he borrowed $10,000 from some shady bookies.

Odom’s bizarre encounter with the bookies started when he went to visit his girlfriend in Portland, Oregon and got an itch to gamble despite being completely broke.

Before he arrived Odom told Waldrop he wanted to gamble. The only problem was the former Lakers pro was broke, so he had to borrow a whopping $10,000 from some shady locals.

“Savanna set up the loan and Lamar knew he had to pay it back no matter what,” said the source. “The bookies had no idea someone famous like Lamar didn’t have the cash to pay them back. And you don’t mess with these guys.”

Odom soon found out the dangerous result of his lies.

“Within 24 hours the bookies were harassing them, following them to their Airbnb and hotel, and waiting for them in the parking lot,” said the source.

When Odom tried to flake on the bookies they hunted him down and held him hostage for a few days.

“It got so bad, they threatened Savanna and her daughter with a gun and said they’d kill her.”

“They kicked in the hotel door and came in with guns when they were all in bed.”

That’s when they took Odom and held him for ransom until he came up with the money.

“He had to go with them,” said the source.

“They kidnapped him for two days and took him to their house in Portland where he basically just hung out with them,” continued the source

Odom’s girlfriend was able to gather up around $5k from friends & family which was enough for the bookies to let him go.

“Savanna tried calling him, but they wouldn’t let him pick up the phone or text.”

Even more bizarre, the kidnappers took him to a nightclub.

“They weren’t going to leave him alone so he could take off from Portland. They were trying to scare him.”

In a desperate attempt to get the needed cash, Odom even had Waldrop pawn his gold necklace for $1,000.

After 48 hours, the frightening turn of events came to an end when Waldrop paid the men $1,500, and the star’s camp forked over $2,800 of the debt. Finally, he was freed.

“Lamar still owes the rest, about $5,000, not including the interest that they want. But he still hasn’t paid,” added the source.

Instead, Odom made light of the scary situation.

“When we survive this, we will laugh about it on a beach somewhere getting high,” he told his girlfriend in a text on June 8.

And he twisted it, blaming Waldrop for what happened to him.