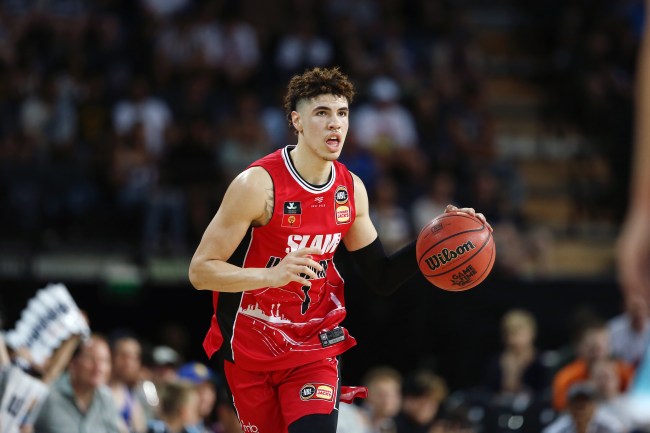 With his stellar play overseas the youngest Ball brother LaMelo Ball is going to get paid this year when he enters the draft.

According to NBL analyst Corey Williams LaMelo has already received a $100 million sneaker deal, which includes his own private jet six months before the NBA draft.

BREAKING NEWS: A source close to me in the USA have just told me @MELOD1P has been offered $100MILLION & A PRIVATE JET to sign a Sneaker Endorsement Deal. With an offer like this, no way he isn’t going #1 in the @nba 2020 Draft. pic.twitter.com/IJ33N4s4E5

To put things in perspective, Zion Williamson signed a 7-year $$75 million with Jordan brand when he came out of college.

When you secure the bag. Zion Williamson has signed with @Jumpman23 on a 7-year, $75 million deal, per @AdamZagoria💰 pic.twitter.com/CDqc2xOcSd

LaMelo is currently projected to go #1 overall in the NBA draft by ESPN and with his 5 million Instagram followers he’s going to be easily marketable.

Updated 2020 mock draft up on ESPN today, including a stock watch with ten prospects who are making moves early in the season https://t.co/WDlFRyO3Jb