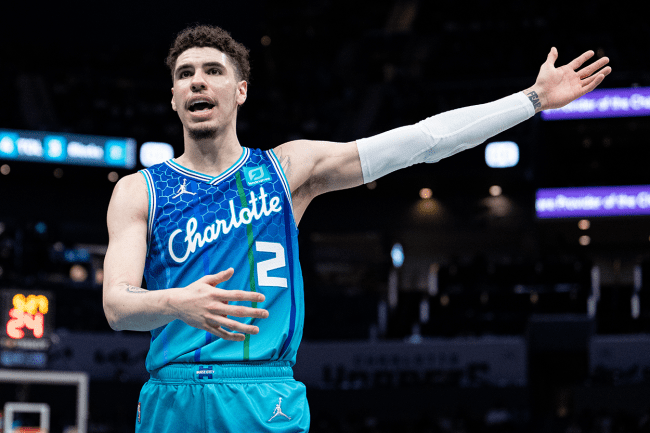 LaMelo Ball does not want anyone near his car. The Hornets guard recently threatened to have a man who disrespected his whip beat up, but quickly deleted his post.

Near the end of 2021, Ball posted an Instagram post that showed off his brand-new, neon yellow Lamborghini Urus. His outfit even matched the car.

Although, as with everything, there were haters who bashed on Ball for his car, he clearly loves it and it cost him a small fortune. He doesn’t want anyone messing with it.

Earlier this week, someone posted a photo to snapchat in which he exposed his bare buttocks to the camera while standing in front of Ball’s Lamborghini. The photo made its way to twitter and someone tagged Ball to let him know what happened, saying “@MELOD1P bruh isn’t that yo car.” 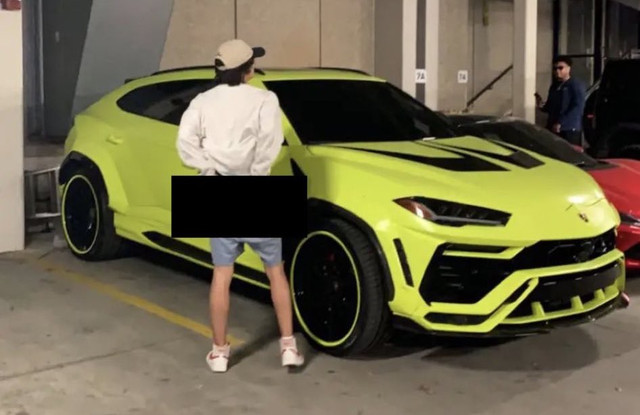 Well, once Ball saw the tweet in which he was tagged, he threatened to have the man beat up. He said that the man who was mooning the camera in front of his car “need his a** beat” and asked that “somebody handle my light weight out there.” 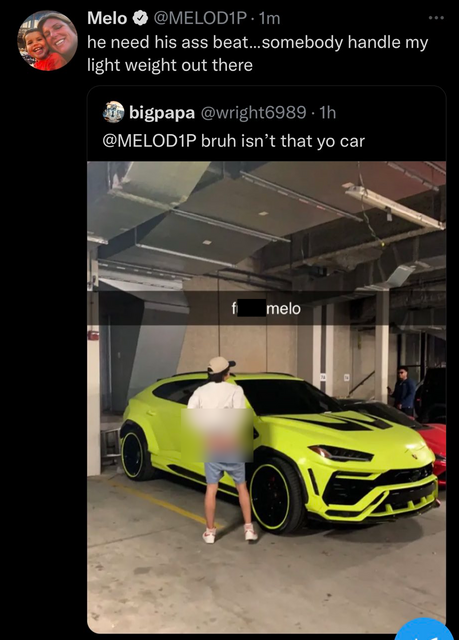 Ball has since deleted the tweet, but, as with anything posted on the internet, it lives forever. To be fair to LaMelo, most people would not be thrilled if people were mooning the camera in front of their car.