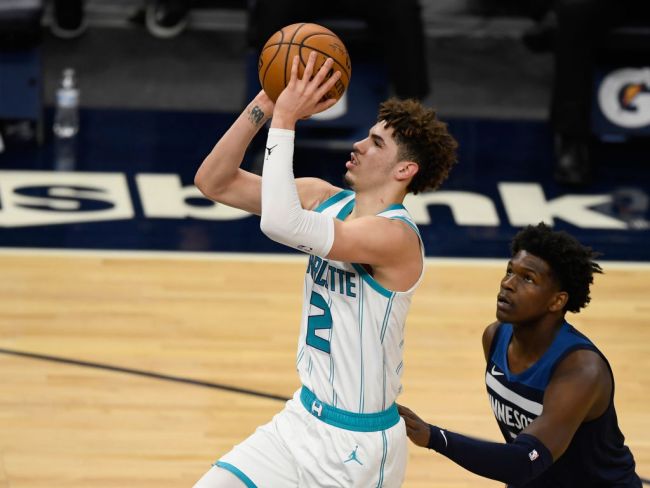 There has been no shortage of news from the NBA today, to say the least. From player injuries, to head coach exits, to LeBron sounding off on the league’s schedule, fans are getting their fair share of drama.

So, it is fitting that the NBA also announced LaMelo Ball as its 2020/21 Rookie of the Year today.

Some may say that Ball deserves this award and that there is no controversy here. Without question, he did made his mark on the league. Ball posted season averages of 15.7 points, 5.9 rebounds and 6.1 assists. As a result, Ball helped the Charlotte Hornets reach the NBA play-in tournament.

However, the Minnesota Timberwolves have a problem with decision.

Just moments after Woj dropped the bomb, Minnesota’s team Twitter account shared a pair of subtle tweets regarding the selection.

Clearly, the Timberwolves had a different Rookie of the Year in mind— their very own Anthony Edwards. Edwards, who was the number one overall pick, put up impressive numbers for the Wolves; he averaged 19.3 points, 4.7 rebounds, 2.9 assists. Though his statistics fall short of Ball’s, aside from points per game, Edwards also played in all 72 games this season. On the contrary, Ball only played in 51 due to a wrist injury.

Along with the team’s account, Karl-Anthony Towns took to Twitter to show his feelings about the vote.

But, it does not end there. Justin Holland, Edward’s trainer, thinks NBA voters just caused a big problem for the league. Edwards himself quoted the Tweet, signaling that he is already working to prove the voters wrong.

I don’t think the NBA voters realize what they just did. You should never poke the bear…#savethistweet #IpromiseItAgesWell

So, while Edwards did not win Rookie of the Year, can we expect him to be a candidate for Most Improved Player? It goes without saying that there will be an angry Anthony Edwards to be on the court, ready for revenge.