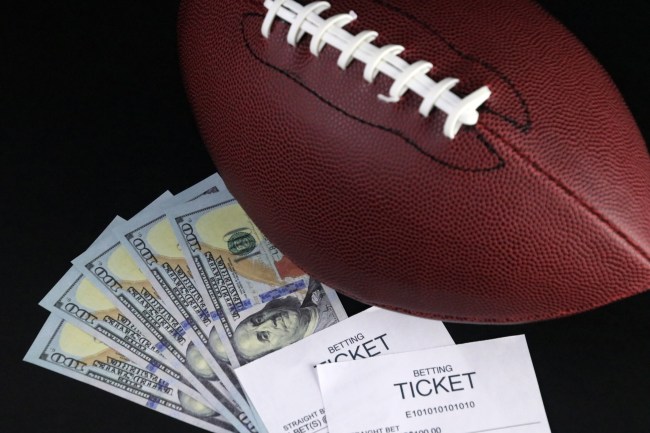 Las Vegas remains the epicenter of sports betting in America despite the federal sports gambling regulations being relaxed to let the states govern themselves. And those sportsbooks in Las Vegas made a bonafide fortune on Super Bowl Sunday this year.

The Kansas City Chiefs rallied to score 21 unanswered points in the 4th quarter to beat the San Francisco 49ers 31-20 and win Super Bowl LIV in Miami. The Chiefs blew past their 1.5-point spread but the two teams failed to combine for enough points to hit the popular over (53.5 points) which put a lot of money in the pockets of The House.

David Purdum at ESPN’s Chalk has a solid rundown of how much the various Las Vegas sportsbooks raked in. In total, they profited $18.7 million while processing an almost unfathomable $154.6 million in bets. To think that people were dropping over $150 million in legal sports bets IN LAS VEGAS alone is blowing my mind. I tend to think of most Super Bowl best done off the books and to see that number is wild for me.

Apparently, this was the second biggest win for Las Vegas in the history of the Super Bowl:

The $18.7 million win is behind only the $19.6 million Nevada sportsbooks won on Super Bowl XLVIII between the Seattle Seahawks and Denver Broncos, and the $154.6 million bet is just behind the record $158.5 million that was wagered on Super Bowl LII between the Philadelphia Eagles and New England Patriots.

This was the second Super Bowl since a 2018 Supreme Court decision opened a path for states outside of Nevada to offer regulated sports betting. Since the ruling, legal sportsbooks have opened in 14 states, with several more poised to get into the bookmaking business this year. The expansion hasn’t slowed down the action in Nevada, though. A record $5.3 billion was bet with Nevada sportsbooks in 2019.
“The overall picture in Nevada [since the Supreme Court decision] remains positive,” Michael Lawton, senior research analyst for Nevada Gaming Control, said in an email to ESPN. “Nevada has set annual records in 10 consecutive years for sports pool volume and won $329.1 million in 2019, which is an all-time record and up 9.5% over last year. In fact, since 2010, sports betting volumes in Nevada have increased 92.6% or $2.555 billion.”

Nevada sportsbooks make $18.7 million off Super Bowl, their hold percentage of 12.1% is second best of in the last 10 years. pic.twitter.com/irTgaBV2o1

It seriously chaps my ass that I have zero shot at legally betting on sports in my home state of Florida at any point in the near future because the mega-donors (Disney + Seminole Casino owners) pushed a deceptive ballot in the 2016 election that claimed to give voters the power to choose rules on sports betting but in reality it meant that literally nothing will ever happen because every tiny aspect has to be voted on by everyone in the state. They screwed us and weren’t even nice enough to buy us pancakes in the morning.

Anyone who was worried that legalizing sports gambling nationwide would hurt Las Vegas can chill now, right? It’s obvious that people everywhere in America will happily indulge in some legalized sports gambling and that won’t hurt the bottom line in places like Las Vegas.

To read the full report on ESPN, you can click here.