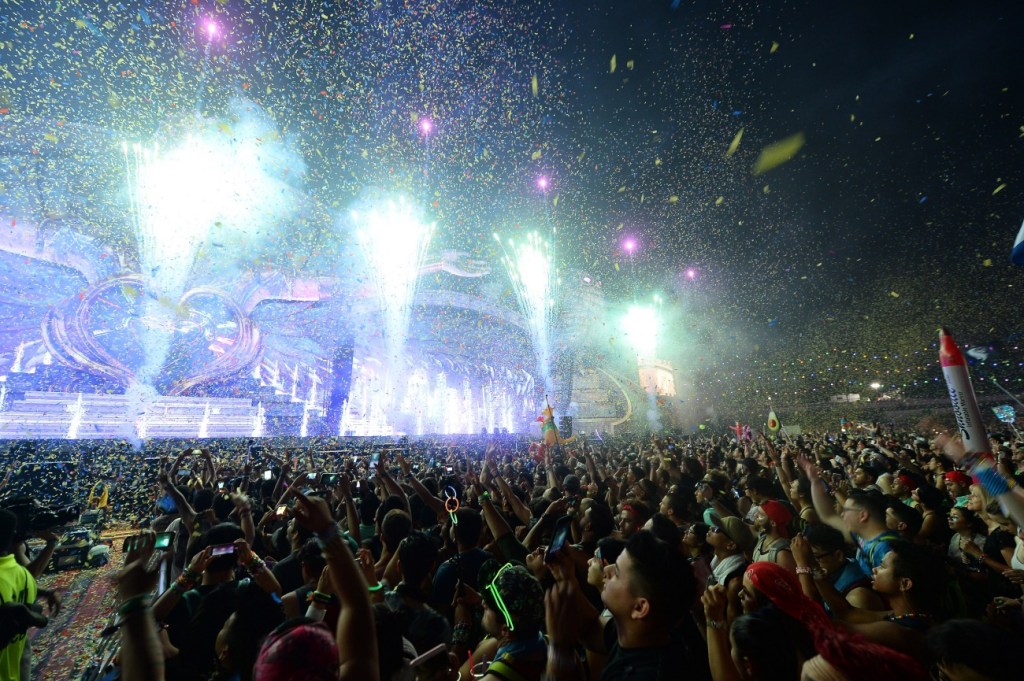 It feels like we’ve heard more about wastewater studies in the past two and a half years than any other point in modern history. A huge tool in monitoring the public health waves since 2020 has been scientists’ ability to test wastewater for local levels of infection and disease. But they’re not just testing to see if people are sick.

Researchers from the College of Southern Nevada’s School of Sciences & Mathematics underwent a massive wastewater study in Las Vegas. They tested the 12-mile Las Vegas Wash which is a channel that moves (treated) wastewater from Las Vegas to nearby Lake Mead. And this study happened to coincide with the NFL Draft and the Electric Daisy Carnival (EDC) festival.

As you likely gleaned from the headline, they found some pretty interesting spikes in substances based on the event taking place in Las Vegas. 8 News Now reports that the levels of MDMA (ecstasy/molly) found in the water levels spiked to ‘over 300 times’ the regular levels after EDC started. And for the NFL Draft, the water levels tested saw a massive spike in medications.

Dr. Doug Sims is the dean of the College of Southern Nevada’s School of Sciences & Mathematics. He told 8 News Now that the spike from the EDC music festival was staggering. Sims said “Going from 10 parts per trillion MDMA on a normal day to 2,100 parts per trillion on a day during or shortly after that event is clearly a signature of that event itself. They get up the next morning, take another medication to deaden the pain that they have from partying all night long.”

Interestingly, only 39 people were arrested at EDC Las Vegas over the 3-day music festival that had an average of 160,000 people in attendance each day/night so it was definitely not an unruly crowd in the eyes of the authorities.

As for the NFL Draft, there was a significant spike in medications:

“During the NFL Draft, Sims noted an influx of anti-depressants and medications to mitigate high blood pressure and cholesterol. The uptick in those chemical compounds is statistically significant compared to the other weekly-compiled data, Sims said.” (via 8newsnow)

All credit here goes to 8 News Now for reporting this. We never would’ve heard about this study without their coverage of this study that first started back in May. I came across this on Twitter from the @LasVegasLocally account and people had a lot to say about it…

Nobody on Twitter seems shocked about the EDC revelation…

I've never been so proud of waste water. 🤘

The amount of MDMA flowing through the Las Vegas Wash on the Monday after EDC was 300 times its level recorded before the festival began, research found. https://t.co/G5S7IRcXdJ pic.twitter.com/dOwwyJ9x9H

Hmmm… I wonder how many people are going fishing after reading this 😂 https://t.co/sTTmuRf0XL

If there’s any water left in Lake Mead it’s Molly water for sure.

Lake Mead is molly water at this point https://t.co/vtfEQDvaXz

I am intrigued by what the presence of medications to treat depression, high cholesterol, and high blood pressure says about the NFL Draft. The NFL Draft brought in around 250,000 people to Las Vegas, most of which were fans but there were a ton of people in the industry. I can’t help but wonder where the spike in medications primarily came from. Is the NFL fanbase really that unhealthy?

Inside Edition tested the water at three Las Vegas day club pool parties and YIKES, it's worse than we would've imagined https://t.co/aSVOZlfO4L