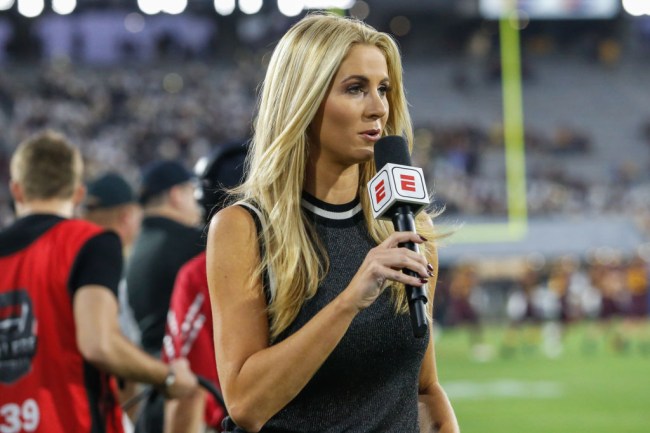 Over the past couple of weeks, many universities have opened their doors to allow student-athletes to return to campus for voluntary workouts. While plenty are taking advantage of the opportunity, a number of high-profile schools have reported a number of players testing positive for the coronavirus, including Clemson and Alabama.

With there being a number of positive tests popping up on campus as schools continue to adjust and adapt to new safety and health guidelines, ESPN’s Laura Rutledge shared that she is getting a sense of concern from college football players. She also said she’s hearing that there are ‘many more’ cases that we just haven’t heard about.

“I’m hearing there are many more cases we don’t know about. That’s to be expected, but I think this is more widespread and a larger volume of cases than people realize in college football,” Rutledge said according to 247 Sports. “I’m getting a sense of concern from players that wasn’t there just a couple weeks ago. There’s actually some players who are trying to figure out how they could write a letter to the NCAA expressing their concerns. But here’s the problem— they want to remain anonymous because they’re concerned that all of the sudden maybe a university would say, ‘Hey, if you’re that worried about this, just quarantine and don’t play.’

Rutledge also gave a very honest take about the overall scope of the situation saying that more positive tests may be out there, but players still want to play football this Fall.

“It’s a double-edged sword that while they’re worried about their health, they still really want to play football and want to be given a fair chance to compete. This will continue to be very complicated and I think you’ll see a lot more schools have to enforce quarantine. And still, all of the (athletic directors) and coaches I’ve spoken to are planning on starting college football on time.”

The 2020 college football season is scheduled to begin on August 29.