LaVar Ball Trashes Lakers Coach Luke Walton, Wants Team To ‘Get Rid Of Everybody’ To Bring In LeBron James 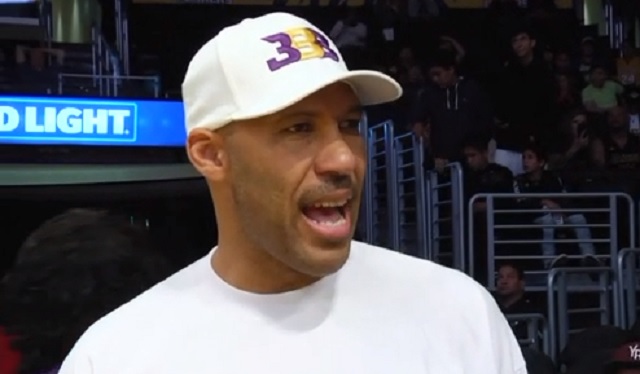 It seems like LaVar Ball isn’t going to stop talking shit about Lakers coach Luke Walton anytime soon. Yesterday, the outspoken father of Lonzo Ball went on to trash Walton for having “lost control of the team’ during the Laker’s nine game losing streak

You can see they’re not playing for Luke no more,” Ball said from a spa resort in Birstonas, where he is staying while his two youngest sons, LiAngelo and LaMelo, get ready to make their professional debuts with Lithuanian team Prienu Vytautas. “Luke doesn’t have control of the team no more. They don’t want to play for him.”

LaVar is also pretty sure that LeBron is coming to L.A. and wants the team to get rid of everyone so that Bron can play with Lonzo.

“You can’t give my son the best player in the league, and don’t expect them not to win. Get rid of everybody. Give him LeBron and Gelo [LiAngelo Ball]. You got a 2 and a 3. And it’s a win. It’s a wrap. Then all you need are two rebounders — [Julius] Randle and [Larry] Nance Jr.”

The Lakers currently seem out of it but trying to control young inexperienced players isn’t easy and should be expected.