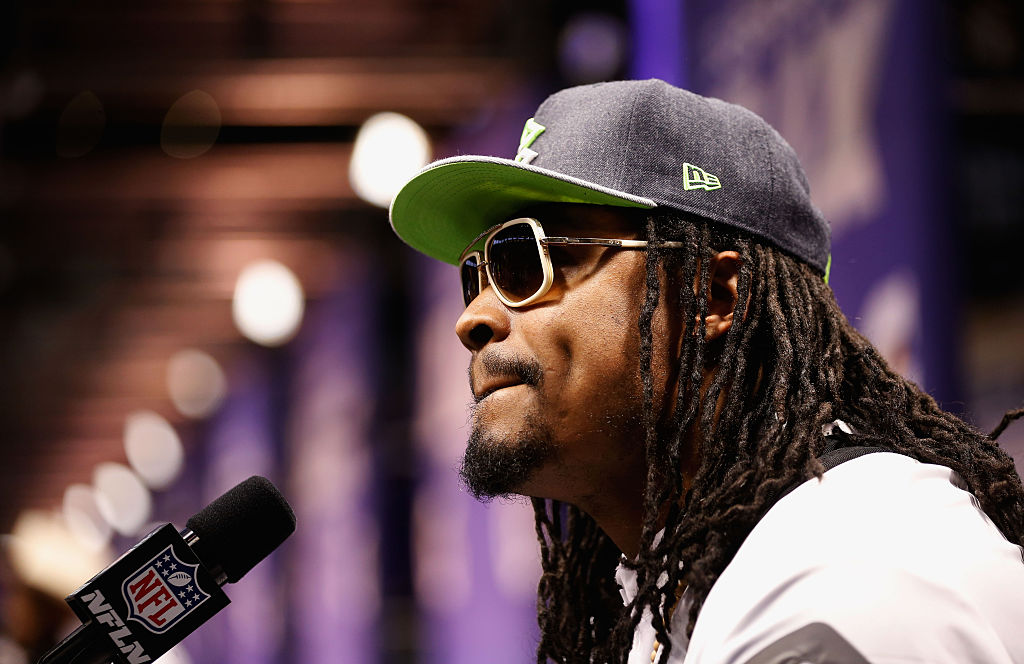 Marshawn Lynch’s DUI arrest video has already made its way onto the Internet.

On Tuesday, Lynch was arrested for suspicion of DUI after police found him sleeping in his damaged car that was missing a tire.

Cops in the docs say when they were trying to speak to Lynch, he would talk, but would “then fall back asleep several times throughout the encounter.”

Cops noted Lynch had just one shoe on, and claim the former Seattle Seahawks running back smelled like an “alcoholic beverage.”

During the stop, cops say Lynch “stated that he was not drinking and he does not do drugs, but that he stole the vehicle.”

Lynch then allegedly refused to get out of the car after officers asked him to exit the ride.

The 36-year-old was eventually arrested about half an hour after the stop was initiated … but cops in the docs claim he continued to be uncooperative after officers had obtained a search warrant to get a blood sample from him.

Police have since released the body cam footage and it shows the former NFL running back being dragged out of his car by police after he refused to cooperate with their orders.

Footage of Lynch’s arrest also appears to show him asleep behind the wheel of the car as police arrive to the scene.

The start of one video appears to show Marshawn Lynch sleeping behind the wheel. https://t.co/NXghyr2LVw pic.twitter.com/JMEIlX9HCV

TMZ released the entire video on their Youtube channel which you can see below.