LeBron James Gets Roasted For His Unfunny April Fool’s Joke 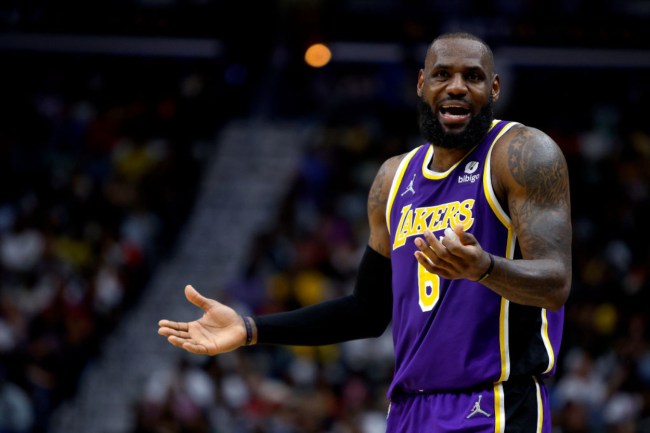 We’re at the point now in human history, especially with how addicted we all are to social media, that the bad April Fool’s Day jokes far outweigh the good ones. Every year when April 1 rolls around, people try to be funny on social media and fail, miserably.

That’s exactly what LeBron James did on April Fool’s Day 2022.

James has missed the past few games for the Lakers nursing an ankle injury. He thought it would be funny to lean into that and announce he’s done for the season on Twitter.

“I’m out for the season officially,” James wrote. “See y’all in the fall.”

The unfunny tweet from the 37-year-old man also included three emojis, we can’t forget about the emojis.

James pulling off this ‘prank’ with the Lakers being one of the top teams in the Western Conference would be one thing, but instead, they’re the laughing stock of the entire NBA barely holding onto the 11 spot in the West.

LeBron himself has had a phenomenal season on the stat sheet, but Los Angeles is flat-out bad and could very well miss the play-in tournament this postseason.

NBA fans were quick to call out James for his dumb joke:

a better April's fools joke from bron would've been claiming the entire lakers season was a bit https://t.co/Ds7gZcXNVf

Dude fighting to make the play-in making April fools jokes and I’m supposed to put him over Jordan? https://t.co/TtnQ4BPWYh

Dude playing April fools jokes as an 11 seed who will play 3 more games to get the scoring title, then actually sit out hahaha https://t.co/gAJGNXTULD

He tweeted this as an “April fools” like it ain’t 8 days from being true anyway https://t.co/CBL04GOwfU

The only thing funnier than this April Fools joke is the Lakers being 14 games under .500 & missing the play in https://t.co/oll7u1W1Vx