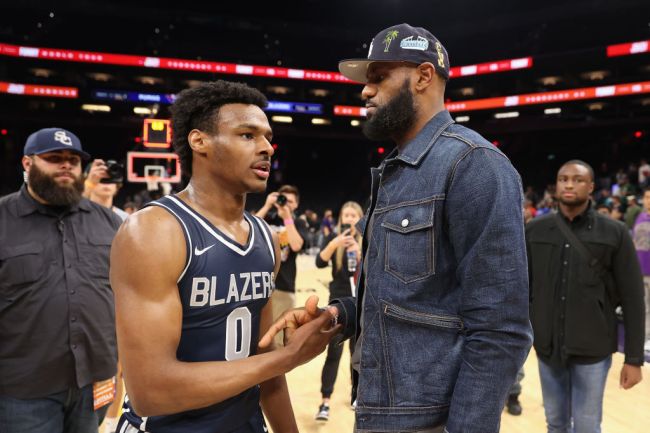 On Saturday, LeBron told The Athletic that he plans to play his final year in the NBA with his son Bronny.

LeBron James’ message to all 30 teams is clear: If you want me, draft Bronny.

“Wherever Bronny is at, that’s where I’ll be. I would do whatever it takes to play with my son for one year. It’s not about the money at that point.” @KingJames

Before the Bronny comments, LeBron praised OKC Thunder GM Sam Presti for his excellent draft record throughout the years.

Considering the Thunder have a whopping 38 draft picks (19 first round, 19 second round), fans are convinced LeBron and Bronny are going to end up in OKC.

Sam Presti is going to turn those 200 draft picks into LeBron and Bronny, isn’t he?

– Announced he will go wherever Bronny goes for his final season

>Presti hoarding picks like that dragon in the hobbit movies

>LeBron wants to play with his son.

LeBron: "Wherever bronny is at, that's where I'll be"