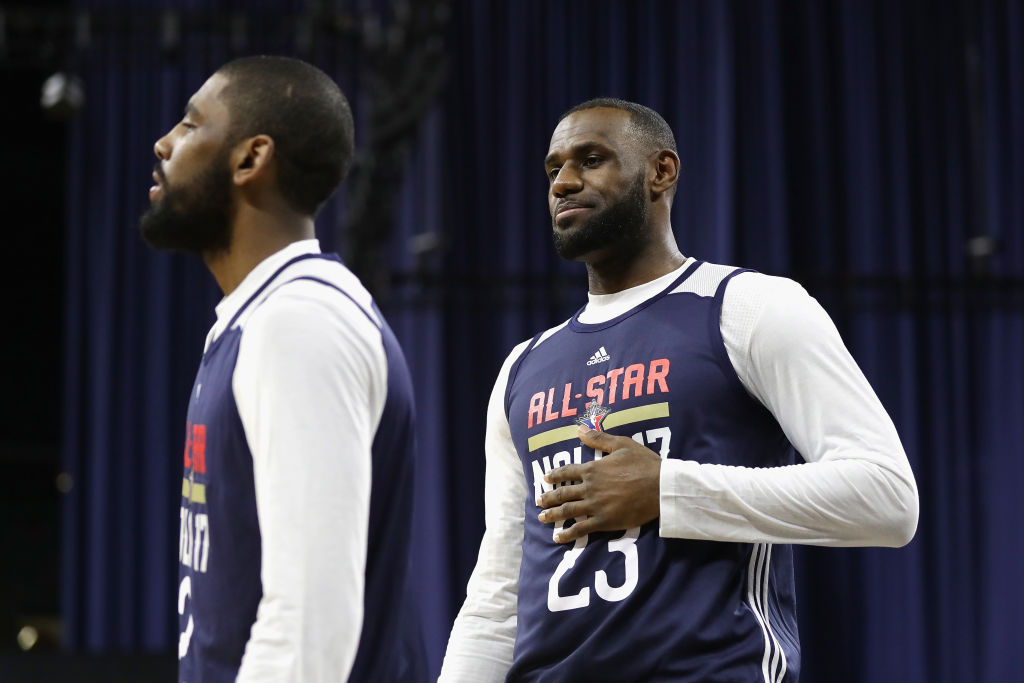 LeBron James is chiming in on the Kyrie Irving situation.

Last week it was reported that the Nets wanted the suspended Irving to go through a checklist of actions for sharing a link to an anti-semitic movie on Twitter.

On Thursday, LeBron said he felt that the Nets were asking too much from Kyrie and felt the his punishment has been “excessive.”

“I told you guys that I don’t believe in sharing hurtful information. And I’ll continue to be that way but Kyrie apologized and he should be able to play. That’s what I think. It’s that simple. Help him learn- but he should be playing. What he’s asked to do to get back on the floor I think is excessive IMO. He’s not the person that’s being portrayed of him. Anyways back to my rehab session”

the floor I think is excessive IMO. He’s not the person that’s being portrayed of him. Anyways back to my rehab session.

As for Kyrie, he has yet to speak to Nets GM Sean Marks about coming back.

Sean Marks says he’s spoken to Kyrie Irving’s representatives but not Kyrie himself. Marks said there is no update on where things stand with Irving, who is serving a five-game suspension.

The NBPA agrees with LeBron’s sentiment and plan to appeal Irving’s suspension.

Boston Celtics forward, Jaylen Brown, who is a vice president of the NBPA, says that the union has issues with the requirements outlined for Kyrie Irving's reinstatement to the Brooklyn Nets. the Players Association plans to appeal Irving's suspension. pic.twitter.com/sZ7wVEBNNV