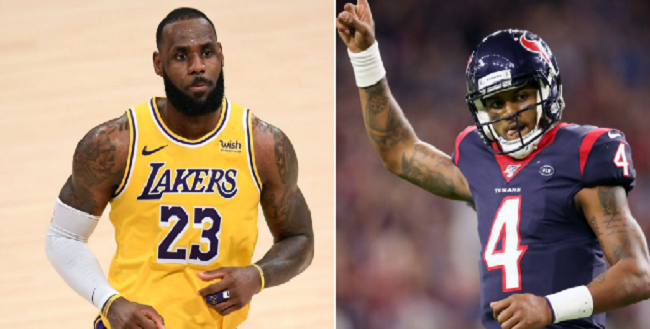 On Friday, the Browns announced they had acquired Watson via trade and signed him to a monster $230 million contract that was fully guaranteed.

Not long after the news broke, James celebrated Watson’s trade to Cleveland on Twitter.

Considering Watson is still facing 22 sexual assault lawsuits and allegations, some fans thought it was in poor taste for LeBron to be celebrating the trade.

YOU HAVE A DAUGHTER

I think a lot of people that look up to you and feel empowered by all you have done, will feel really hurt by you tweeting this.

The way we’re collectively covering this Watson story makes me pretty uncomfortable. Regardless of the grand jury there are 22 women willing to put their names on accusing a man who just made $230 million and has LeBron tweeting “LFG” a sexual predator and it seems we don’t care

Idk Lebron, I know it’s the browns, but the man has just as many sexual assault allegations as passes he’s completed at this point. Don’t really believe in excusing that type of behaviour for super bowl hopes, but the NFL definitely does, so yeah overall this is a yuck from me. https://t.co/RPDcaWxYso