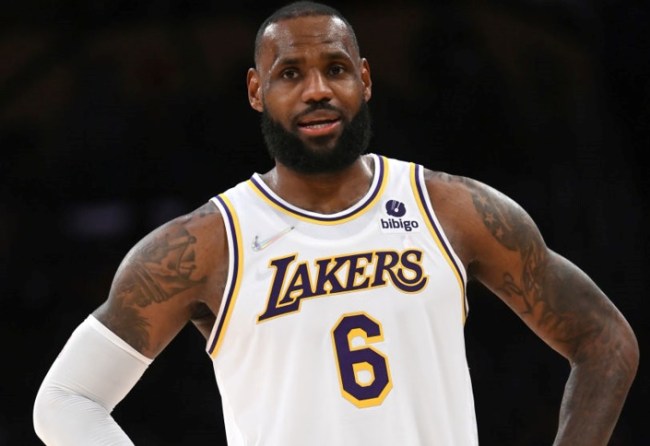 Nearly every single roster in the NBA has been decimated due to health and safety protocols, but for whatever reason, LeBron James decided to single out the Warriors during his postgame press conference on Saturday night.

After losing to the Nets on Christmas day, LeBron talked about the Lakers struggling because they have players out while claiming the top two seeds in the west; the Golden State Warriors and the Phoenix Suns didn’t have any guys sitting out.

LeBron was obviously dead wrong, considering half the Warriors roster was out when they beat Phoenix on Saturday.

"Everybody has guys out….except Golden State."

(Andrew Wiggins, Jordan Poole, Andre Iguodala, Damion Lee, Moses Moody, Wiseman and Klay were out for GSW's victory over the Suns to take the top spot in the West.) pic.twitter.com/ZOR9XJ4j4p

LeBron James said yesterday that the Warriors were one of the only teams to have all of their players available.

Warriors fans were beside themselves when the team has been without star Klay Thompson and former first-round pick James Wiseman for the entire season.

When people ask some Warriors fans why they don’t appreciate LeBron more, it’s because of BS like this https://t.co/tmiHNSxJtP

I don’t blame Lebron for making stuff up at this point.

He should just continue saying the most absurd things to see how far he can take it before someone in the media has the guts to challenge him with a follow-up question. https://t.co/uq7zNcJR4V