LeBron James Realizes Ja Morant Is Good At Basketball, Calls Out ‘Dweebs’ Who Haven’t Figured It Out Yet 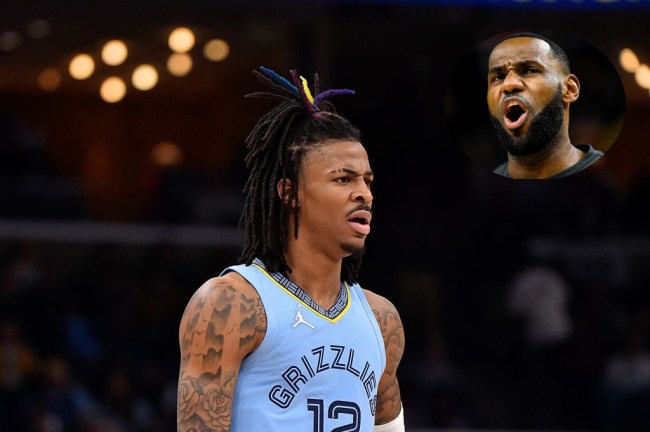 Not many people knew about or had even heard the name Ja Morant before James tweeted about him being a star on Tuesday night. If you didn’t know that Morant was good at basketball, you’re just a dweeb, according to James.

JA so damn tough!!!! There's no way Ja should even have been in MIP talks. This guy is a flat out ⭐️ and always have been!! Real basketball 🧠s know. Not the majority of dweebs who don't even watch basketball on those voting ballots.

Morant was named NBA Rookie of the Year. Not only was he an All-Star this season, he was a starter. He averaged 27.4 points per game and was in MVP talks for a portion of the regular season. Then, he was named Most Improved Player in the NBA.

Only real basketball brains, like LeBron James, have come to the realization that Morant is a star though. The rest of us dweebs only found this out after he went for 47 points against the Warriors on Tuesday night.

The best part of James’ ridiculous, condescending tweet is that Morant averaged 32.3 points in the three games he played against LeBron’s Lakers in the regular season. Morant’s Grizzlies went 3-1 against the lowly Lakers during the regular season, too.

I guess James only realized Morant is a star after watching him on TV from his couch, not when he squared off against him this season.

There’s only one dweeb in this scenario and it isn’t you, me, or Ja Morant, that’s for sure.