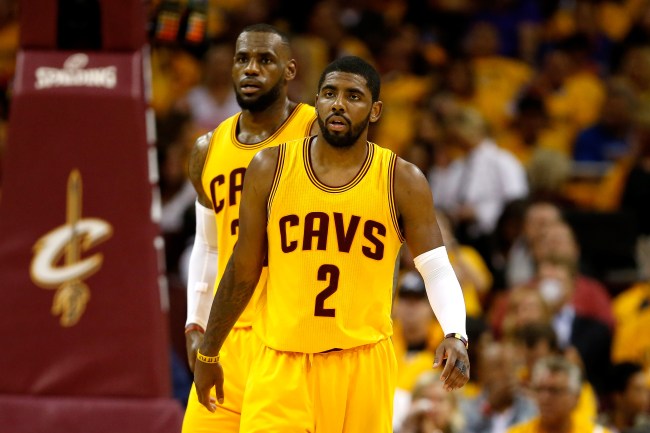 Kyrie, who once forced a trade out of Cleveland because he wanted to get out from under LeBron’s shadow, made headlines when his appearance on Kevin Durant’s podcast went viral after he said Durant is the first teammate he feels he can trust with taking a shot down the stretch.

While on Richard Jefferson’s Road Trippin’ podcast, LeBron admitted he took offense to Kyrie’s comment and wasn’t entirely sure why his former teammate would take a shot at him.

It kinda hurt me a little bit,”

“I was a little like, damn. Once I got the whole transcript I was like, damn. I wasn’t like, ‘ohh you tripping I been making shots my whole life […] the whole time I was there [on the Cavs] I only wanted to see him be MVP of our league. I only cared about his success and it just didn’t align… and we was able to win a championship, that’s the craziest thing. We were still able to win a championship and we could never align but I only cared about his well being, both on and off the floor.”

Kyrie went on to deny that he intended to take a shot at his former teammate but it appears that LeBron doesn’t believe him.