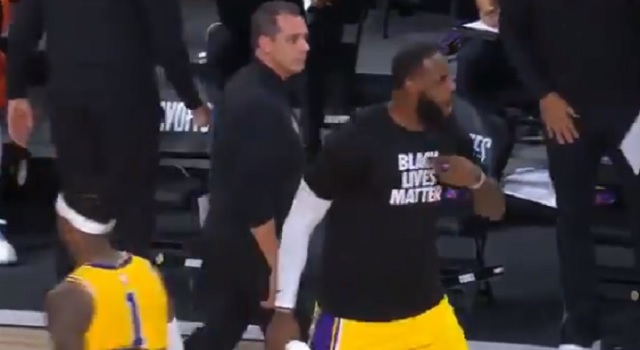 LeBron James and the LA Lakers bounced back in a big way against the Portland Trailblazers in game 2 on Thursday night after losing game 1.

By the third quarter of the game, the Lakers were up by nearly 30 points and LeBron was able to chill on the bench which provided several hilarious off-the-cuff moments caught by ESPN cameras.

One moment featured an intense LeBron James running down the sideline and yelling at the refs for the ball while the Lakers were up big.

when you see someone leaving the park with a ball that looks like yours pic.twitter.com/tsj0UmS2GY

Elementary school when the ball got kicked over the fence and we were told we couldn’t go get it https://t.co/GQhkAqDzrS

When you order food and 8th person behind you gets their food before you https://t.co/X6lCHr2mdQ

Live look at me when someone’s name is called who ordered food after me https://t.co/aX10lMd5Ma

LeBron taking it back to the playground with the chain nets on the goal. 🤣🤣🤣 https://t.co/Z6PDPw5szr