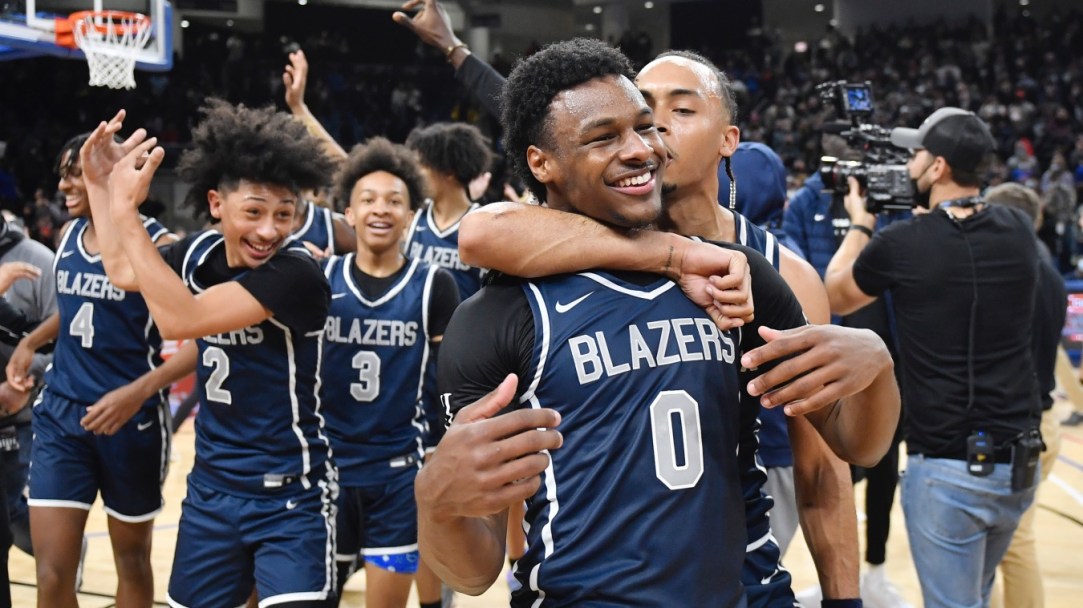 LeBron James’ sons, Bronny and Bryce James, are both on their way to being basketball stars. To kick off Sierra Canyon’s “Midnight Madness” (where Bronny goes to high school), Bronny and Bryce participated in a slam dunk showdown that had the crowd going wild.

LeBron James is currently sidelined from NBA action with the Los Angeles Lakers due to an injury. But he was front and center to watch his boys throw down dunks in front of a packed gym.

Are these dunks from Bronny and Bryce the most electric slam dunks ever recorded? Far from it. But the fact that it is LeBron James’ sons doing the dunking has people going wild.

Bronny James in particular is getting UP these days. His elevation is getting better and it’s clear he is on his way to becoming a start of his own. Bronny is currently the #34 overall ranked recruit in the Class of 2023 with offers from Kentucky, Ohio State, and others.

In addition to Bronny James, the Sierra Canyon Men’s Basketball team features Penny Hardaway’s son Ashton, Scottie Pippen’s son Justin Pippen, and a host of other incredible athletes. They will likely feature as a highlights factory in the coming season with how much talent is loaded on that roster.