LeBron James Discusses His Future In LA And Teaming Up With His 16 Year Old Son, Bronny James. 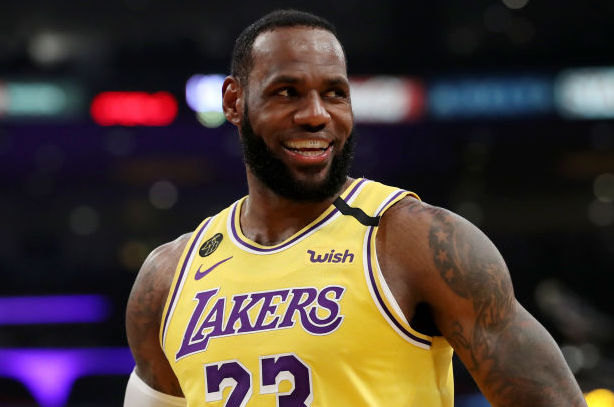 Nobody knows how to stir the pot quite like the James family, and to be honest, I am all for it. Any quote from King James himself whether it is taken out of context or not can immediately set the media world into a frenzy. This time LeBron is making headlines for his comments about his son Bronny, a 16-year-old at Sierra Canyon School in Los Angeles.

LeBron on his 2-year extension with the Lakers;

“The best thing about it is the year I'll be a free agent will be the same year my oldest son graduates high school." 👀

Lebron hinted at possibly teaming up with Bronny when his contract ends at the end of the 2022-2023 season.

“The best thing about it is the year I’ll be a free agent will be the same year my oldest son graduates high school,” James told reporters on Monday.

“So I’ll have some options to see, for me personally, what I want to do [going] forward, being around my family, being around my son more or continue to play this game I love with great health and great spirits. We’ll see.”

Wow, as much as I would like to say poor Bronny here I really can’t. The kid has to be walking through the Sierra Canyon school hallways like a king (no pun intended.) Usually, superstar athletes don’t like to set the bar too high for their kid to protect them from the limelight but Lebron is taking a whole other route here.

James is letting the world know his son is a star and already has visions of him joining the NBA family. Who knows where Bronny James will be three years down the road, but for now, King James and the Lakers will be focused solely on keeping the championship trophy in Los Angeles.