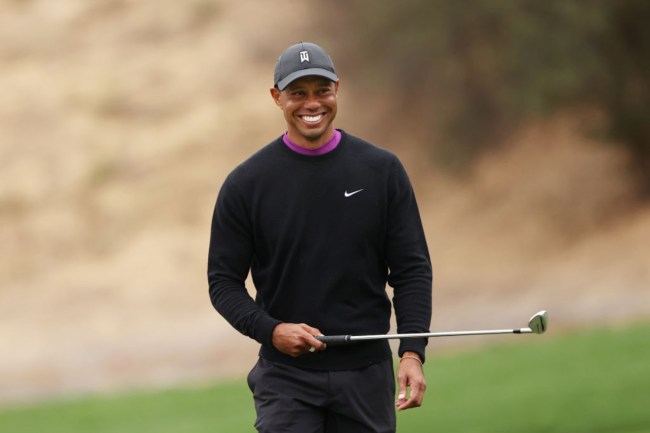 Tiger Woods has been in the spotlight for 40 years now, has 15 major championships to his name, is regarded as the greatest golfer to ever live, and has lived through a highly publicized scandal. So, with that in mind, we don’t often hear a new story involving these days, but thankfully Lee Westwood shared one about the 2002 Ryder Cup that is an all-timer.

Westwood joined Jimmy Bullard, a former professional soccer player, on an episode of ‘Off The Hook.’ As the two sat beside a lake trying to snag a fish, Westwood decided to share a story that he says his former caddie, Billy Foster, loves to tell.

The setting is the 2002 Ryder Cup at The Belfry just outside Birmingham, England, and more specifically, a small bathroom in the clubhouse.

As Westwood tells it, Foster was fighting nerves before heading to the first tee and had to “have a number two.” He sat down in the first stall and realized there was no toilet paper, so quickly moved over to the second stall in the room.

Just after Foster sat down in the stall with toilet paper he hears metal spikes on the tile floor. Nobody was wearing spikes that week other than Woods. So, in walks Woods and he sits down in the stall next to him.

Foster contemplated telling Woods that there wasn’t any toilet paper in that stall but ultimately decided not to. After Woods “does his business,” Foster elected to share a few pieces of toilet paper under the stall while saying “Europe, one up.”

Watching Westwood tell the story and seeing Bullard react as he does is pure gold.

"Europe, one up" 🤣@WestwoodLee shares a hilarious story of how his former caddie Billy Foster saved Tiger Woods at the 2012 Ryder Cup 🏌️‍♂️

Woods ultimately had an alright week at The Belfry going 2-2-1 in his matches, while Europe ended up winning that year’s Ryder Cup 15.5-12.5.