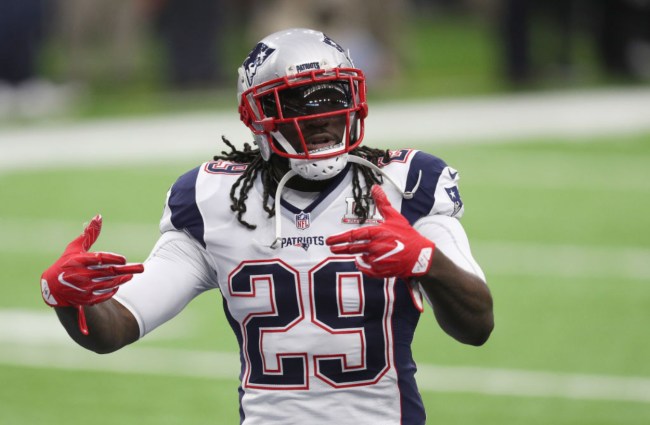 LeGarrette Blount played for five different teams during his NFL career and had two separate stints with the New England Patriots. When he arrived back in Foxborough for round two with the Pats, Bill Belichick didn’t exactly like what he saw.

After playing 11 games for the Steelers in 2014, Blount returned to New England not exactly in the best of shape, at least not in Belichick’s eyes.

So, when the running back showed up to practice, Belichick let him know it, but in an interesting way.

Instead of having a meeting with Blount, he elected to let the whole team know how he felt about his weight by giving him a traditional offensive lineman’s number for practice.

“They gave me number 60 my first day of practice. Bill was like, ‘You’re going to be on the line until you get back to the playing weight,’” Blount told The Patriots Report podcast. “But I started (at running back) that Sunday…I enjoyed it with him. I love Bill to death.”

While some players wouldn’t have appreciated that move from their head coach, Blount made it clear that he enjoyed that relationship with Belichick. Only certain types of guys would be able to take that in stride and laugh about it later.

It all turned out pretty well for Blount and Belichick seeing as how the two won two Super Bowls together.