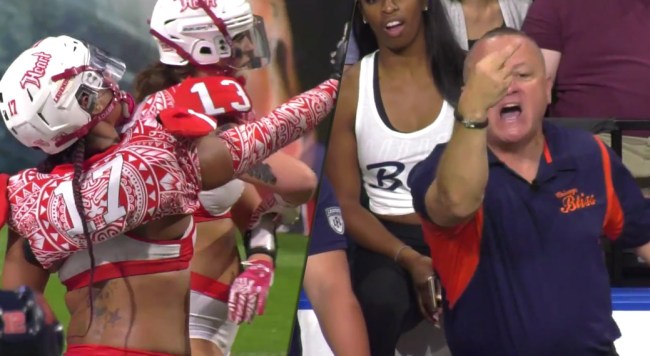 Here’s proof that regardless of where football is played, emotions will almost always run high when you have humans smashing into one another over and over again in a contest of will.

During the Legends Football League game between the Omaha Heart and the Chicago Bliss, Bliss head coach Keith Hac and Heart defensive end Shawna “Mamacita” Wagner went after each other with a barrage of verbal shots that would even make Samuel L. Jackson blush.

Apparently, Wagner did something on the field that Coach Hac (former coach of the Indoor Football League’s Chicago Slaughter) didn’t find very sportsmanlike and decided to voice his displeasure with it by screaming, “Hey! You do that shit again. Hey, 17! 17! Do that shit again!”

To which Wagner, very reasonably replied, “I’ll do it again if I want to!”

Also… who is the woman seated to Coach Hac’s left, what is her job, and how can I get her number? 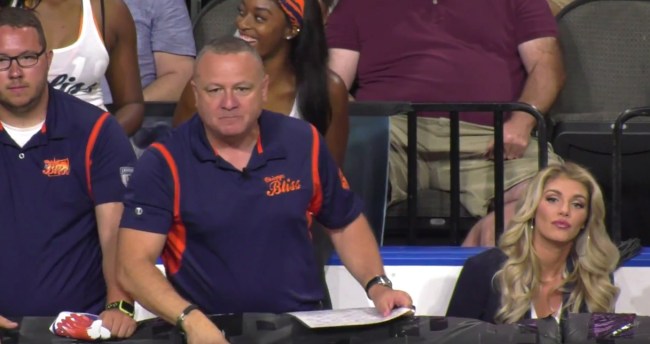 Asking for a friend.

This isn’t the first time Coach Hac has been vocal when speaking to a player. He even screams at his own players on occasion.