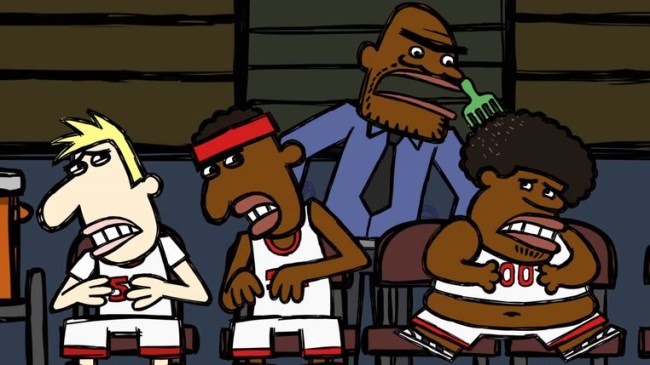 The short-lived Comedy Central cartoon series Legends of Chamberlain Heights made a joke about the late Kobe Bryant being involved in a helicopter crash back in 2016. The episode, titled “End of Days”, originally aired on November 16, 2016.

Out of respect for Kobe and his family we have removed the clip of him and ask that you please don’t share it.

Here is the official synopsis for the episode “End of Days”, which was the eighth episode of the first season of the short-lived comedy:

“A leaked sex tape causes a global internet blackout, and the Legends must find a way to survive the apocalypse. Meanwhile, Milk cashes in on his pirated Chinese satellite connection, which gives him access to the only internet left.”

The link to the episode on Comedy Central’s website no longer works. Additionally, what appeared to be a video of the clip on their Facebook page has also been deleted. The decision to remove to the clip was out of respect for the Bryant family, according to a tweet from the official Twitter account of Legends of Chamberlain Heights.

Legends of Chamberlain Heights first debuted on Comedy Central on September 14, 2016. According to the network, the series is about “best friends Grover, Milk and Jamal” who are are “lowly benchwarmers on the Michael Clarke Duncan High basketball team” with “superstar dreams.” The show ran for 20 episodes and concluded on August 20, 2017.