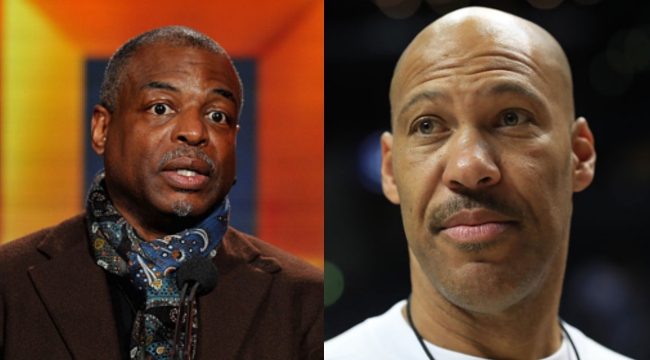 Depending on when you grew up, you either know LeVar Burton as Kunta Kinte from Roots, the blind guy from Star Trek: The Next Generation, or the iconic host of Reading Rainbow— a show whose theme song has been stuck in my head since the second I typed out his name. Regardless of what you associate him with, you have to respect the impact he’s had on multiple generations.

As the host of Reading Rainbow, Burton was a proponent of thoughtfulness and critical thinking, which means the only thing he has in common with LaVar Ball is a phonetically identical first name. You’d think it would be pretty hard to confuse the two, but you should never underestimate mankind’s capacity for idiocy.

All the way back in July, one of Burton’s followers wondered if many people confuse him with the patriarch of the Ball family.

The answer? At least three (which, considering just how dissimilar their names are, definitely qualifies as “too many”).

@levarburton the fact that shoplifting is ok with you just shows how unethical you are as a person and a father. Fathers like you is why the prison system is over run.

@levarburton You're a has been actor with a thief for a son and Trump is the president of the United States. Get the picture?

Burton eventually responded to the final tweet— calling out Lavar in the process— which caused plenty of his two million followers to come to his defense.

One of many sleights I am having to endure these days. Thanks! @Lavarbigballer… #bydhttmwfi https://t.co/uYkoDOV6yZ

It’s obvious these tweets are the result of people misspelling Ball’s first name and clicking the first suggestion that pops up on autocomplete, but you have to be impressively illiterate to not notice how different their handles are.

You probably don’t need a reminder that the internet is a stupid place filled with stupid people, but here’s more proof if you somehow forgot.