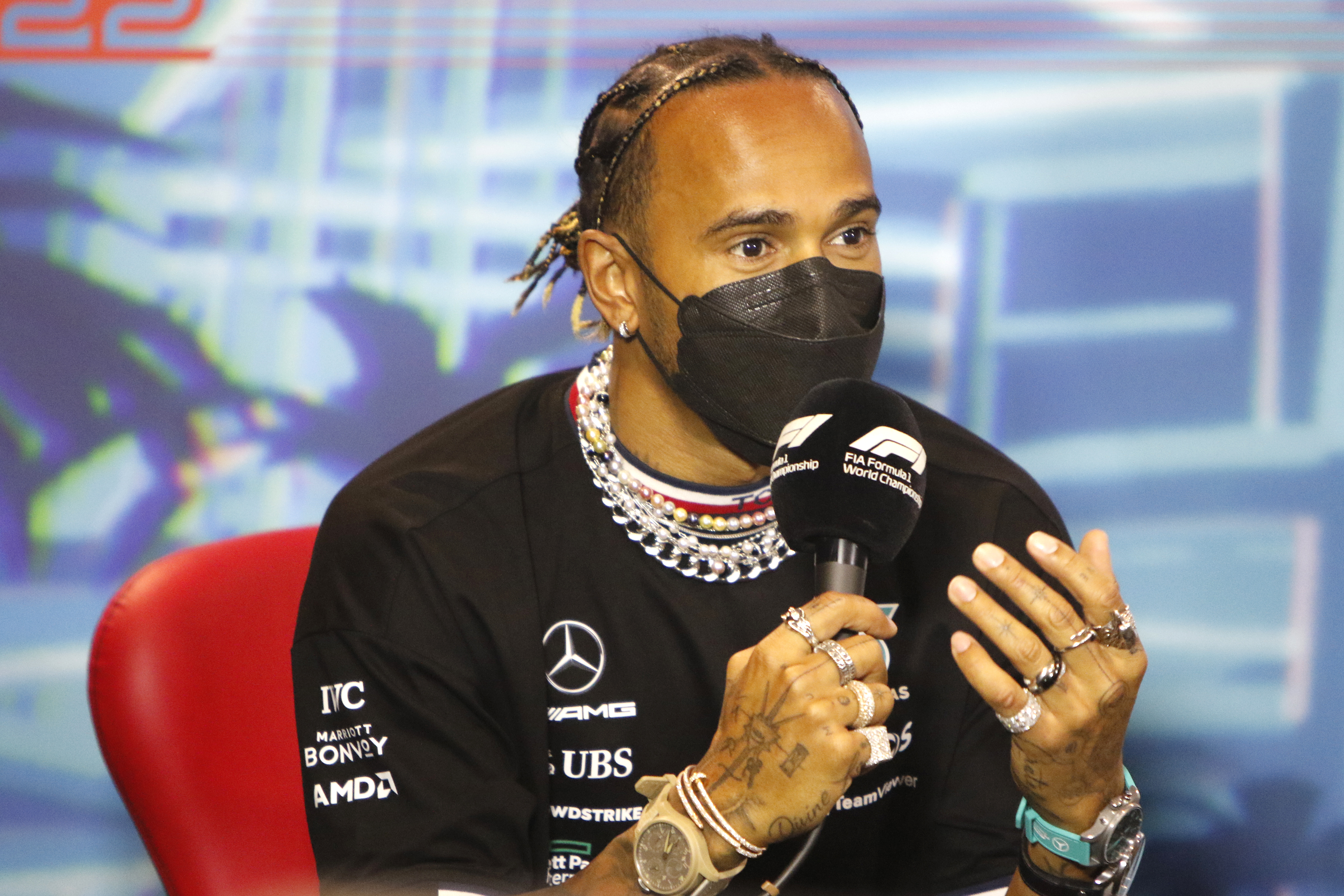 Lewis Hamilton is not happy about the newly implemented jewelry ban in F-1.

On Thursday, FIA F1 race director Niels Wittich sent out a memo reminding drivers jewelry will not be allowed on the race track on Sunday.

Including the prohibition of wearing jewellery during races. pic.twitter.com/fd6HbnUgKp

During the F1 Miami GP pre-race press conference, Hamilton took exception to the memo and said that he felt that the ban was a “step backwards” for the sport.

Lewis Hamilton turned up to the press conference wearing 3 watches, 8 rings, 4 necklaces and 2 earrings after the FIA outlined a new jewelry ban 👀💎 pic.twitter.com/ChKV2hcnnx

“If you think of the steps we’ve taken as the sport and the more important issues and causes that we need to be focused on. I think we’ve made such great strides as a sport… we’re here in Miami… this is such a small thing.

“I’ve been in the sport for 16 years, and I’ve been wearing jewelry for 16 years. In the car, I only have my earrings on and my nose ring, which I can’t even remove.”

Hamilton seemed fine with sitting out the race when asked what would happen if FIA tried to stop him from racing due to the jewelry ban.

“If they stop me, then so be it. We’ve got a spare driver, so we’re all ready and prepped for the weekend. There’s lots to do in the city anyway! It’ll be good either way.”