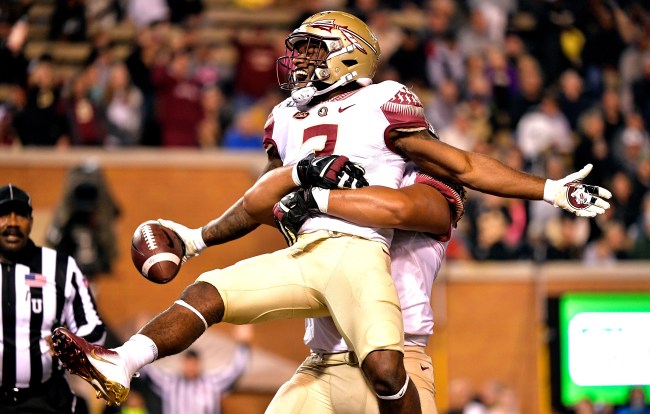 The list of college football players who have announced they are skipping bowl games in 2019 continues to grow as more and more of them are beginning to assess the risks and are unwilling to take them.

When star college football players like Christian McCaffrey skipped the 2016 Sun Bowl and Leonard Fournette skipped the 2016 Citrus Bowl, the writing was on the wall – playing in a bowl game that is not for a national championship after you’ve already secured your future as a potential top draft pick by the NFL is simply not worth the risk.

In 2017, five first round picks including Josh Rosen and Denzel Ward, and five more players who would go on to be drafted, decided to follow suit and not play in their college team’s bowl game.

In 2018, over a dozen players skipped their bowl games, including Will Grier, Ed Oliver, Devin Bush, Noah Fant, N’Keal Harry, and Deebo Samuel.

Now, as the 2019 bowl games begin kicking off on December 20th with the Bahamas Bowl and the Frisco Bowl, 12 more players have already announced that they too will not be playing and instead will begin preparations for the NFL Combine and NFL Draft.

As of today, according to 247Sports, the list now includes…

“It was my personal decision,” Wimbush told 3BeardsPodcast about his decision. “I sat down with Coach (Jeff) Lebby and spoke with Coach (Josh) Heupel and thought it was in my best interest to get ready to go start training. I thought I could have been utilized a little bit more, more efficiently and help the team out. I knew had special attributes that could help a team out in any way, not even at the quarterback position.”

More players are expected to pass up the chance to play in their school’s bowl game as the college football post-season gets rolling, including several players on Alabama, who has up to seven players projected to go in the first round of the 2020 NFL Draft including wide receiver Henry Ruggs, offensive tackle Alex Leatherwood, safety Xavier McKinney, cornerback Trevon Diggs, and defensive tackle Raekwon Davis.

Crimson Tide wide receiver Jerry Jeudy, who is expected to go in the top 5, however, is not one of them.

I’m playing in the bowl game. There’s no reason to not play!!!!

Someone put @OldTakesExposed on alert.