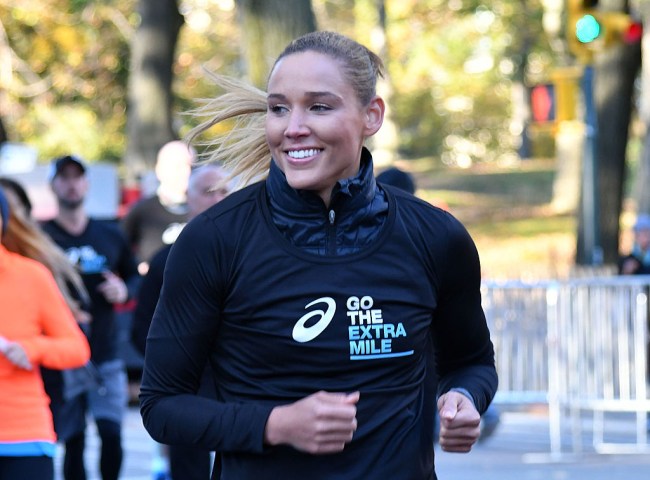 Back in 2012, Olympian hurdler LoLo Jones made a name for herself when she admitted that she was a virgin in an interview with HBO Sports Bryant Gumbel.

She’s been looking online – with every online dating service out there, reports HBO’s Real Sports with Bryant Gumbel – and has had the most luck on Twitter, she says. Although not that much luck.

Holding back the 29-year-old in her quest, possibly, is the fact that she recently Tweeted that she is a virgin. “It’s something, a gift I want to give my husband,” she says on an episode of the pay-cable program to air May 22.

“This journey has been hard,” she continues. “It’s the hardest thing I’ve ever done in my life. Harder than training for the Olympics. Harder than studying for college has been staying a virgin before marriage.”

After Clippers forward Blake Griffin was traded by the team to the Pistons tonight, Jones came out of nowhere to slam Griffin for being a “bad kisser” after once enduring the “worst date of her life” with him.

Man, Griffin must be having a terrible fucking day.