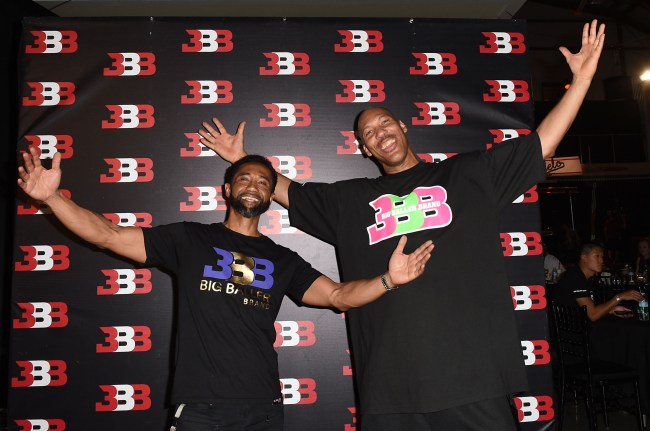 There’s a bit of drama coming out of the Big Baller Brand.

In an October email sent to Lonzo and his father under the subject line “Urgent – $1.5 million Dollars Missing,” Lukanga wrote that he had been unsuccessful in having Foster “track down where $1.5 MILLION DOLLARS IN CASH HAS [gone].” Lukanga wrote that he had repeatedly asked Foster about transactions totaling that amount, but Foster “won’t show any invoices or documentation of these expenses. He won’t even give me the number to the vendors he says he paid. I’VE NEVER SEEN A COMPANY OPERATE BY WITHDRAWING MILLIONS IN CASH … Only you and Alan can withdraw cash and I know you didn’t take out $1.5 million dollars … SO WHERE IS THE MONEY???”

Apparently Lonzo was suspicious of Foster for some time but allowed his father to “manage the situation”.

According to documents and emails reviewed by ESPN, questions about Foster’s business decisions and communication were first raised last fall to Lonzo and LaVar by Lonzo’s financial adviser. That adviser, Humble Lukanga of Life Line Financial Group, alleged in an October email that Lonzo’s personal taxes and Big Baller’s taxes could not be completed on time due to an inability to account for the whereabouts of $1.5 million.

Sources close to the Ball family told ESPN that Lonzo expressed his concerns about Foster to his father several times over the past few months but deferred to LaVar to manage the situation.

It wasn’t until this week, the same sources said, that LaVar fully reviewed the email warnings and documents from Lukanga, as he had been traveling overseas with his younger sons in the fall. The sources described LaVar as “stunned” when the emails and documents were read to him. LaVar declined comment but issued a statement to ESPN calling the situation “devastating.”

It is worth noting that Foster had a pretty shady past before meeting the Balls.

The dude served 7 years for a $4 million wire-fraud scheme but conveniently became friends with LaVar as his sons were blowing up. And LaVar trusted that guy with business decisions?!

Foster met the Ball family not long after being released from prison for his role in the 2002 financial scheme. Foster was already facing the financial crimes charges when he was found guilty in Los Angeles County on a 1999 citation for carrying a concealed handgun without a license. And in September 2009, while still under probation for the financial scheme conviction, Foster was arrested on a felony-level violation of his supervised release that is not specified in court documents. He was sentenced to five months in prison and was released in February 2010, which would have been about a year before he met the Ball family.

Of the financial scheme, Joseph Zwicker, the lead prosecutor in the case, told ESPN: “They targeted African-Americans that they got to know through churches and by other means. And they made various misrepresentations to them about their ability to return large sums on investments, which were false. They admitted that.”

So this is insane! Alan Foster, who is the guy who has been in Lavar’s ear and owns 16 percent of BBB, turns out to be a convicted felon for past prior crimes. Zo severed all ties. Zo comes out of this looking mature, Lavar worse than ever https://t.co/SoCWmvLW1X

Alan Foster who is being accused of stealing $1.5 million dollars ran the show for Lavar Ball for the Big Baller Brand, by his side for every move. He even lived at the Ball mansion. So these allegations hits hard and home for the Ball family. #LAkers #LakeShow #NBA https://t.co/yLBxJhdjQg