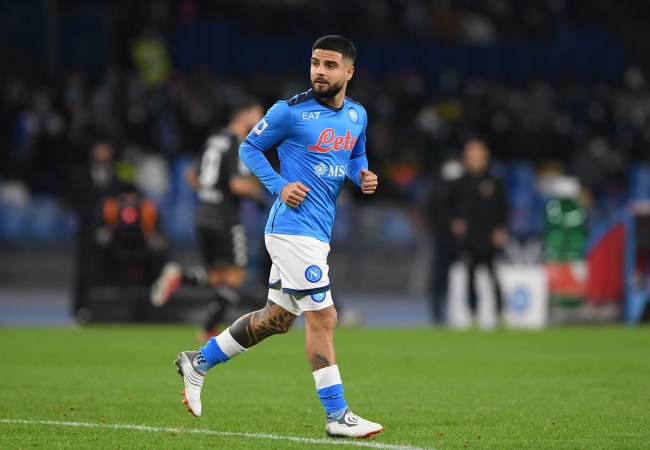 Toronto FC knows a thing or two about getting the best out of Italian forwards. Now they’ve secured a new Italian forward who they hope will lead them back to the MLS Cup. Today, they signed Napoli forward Lorenzo Insigne to a huge contract to join the team this summer.

Lorenzo Insigne has agreed personal terms to join Toronto FC in the summer.

He will earn around $12 million per season, according to multiple reports. pic.twitter.com/i8vtJAsyXI

Insigne’s contract with Napoli expires at the end of the Serie A season, so Toronto FC won’t have to pay a transfer fee, but they will have to wait for him to join the club. The contract itself is rumored to pay 11 million euros per season and last 5 and a half years.

The contract also includes bonuses that could potentially be worth up to 4.5 million euros per season. The deal will make Insigne the highest paid player in the MLS and will pay him more than some teams’ entire rosters.

The move comes as a bit of a surprise as Insigne doesn’t fit the profile of most players who move from Europe to the MLS. Those players tend to be nearing the end of their careers or struggling to make an impact at their current clubs. Lorenzo Insigne is having no such issues.

Over the summer, Insigne was an important piece of the Italy squad that won the Euro. At Napoli, he has continued to produce throughout the season, supplying 4 goals and 4 assists in 15 Serie A appearances.

With this move, Toronto is clearly hoping that they can repeat the success of their 2017 season. That team was led by Sebastian Giovinco, another Italian forward, who had become an absolute force in the MLS since transferring from Juventus.

With Giovinco leading the squad, Toronto won their only MLS Cup in team history and the first Domestic Treble in MLS history.

We’ll have to wait and see if Lorenzo Insigne can lead this club back to those heights, but there is no doubt that he is going to dominate the MLS from the time he arrives in Canada.