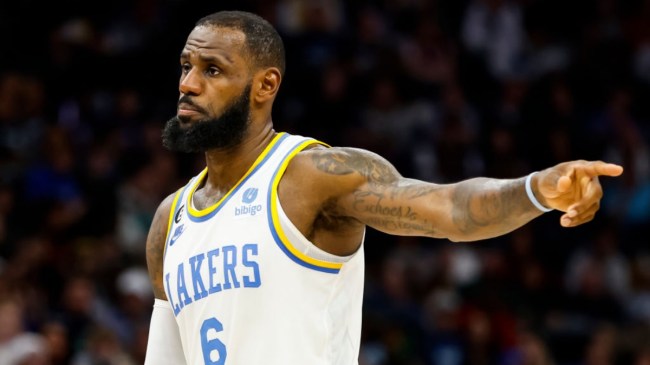 Amid a number of question marks about the Los Angeles Lakers during the offseason, LeBron James decided to sign a contract extension with the team.

It came as a bit of a surprise to some basketball fans who were expecting LeBron to be considering his options for the future after a tough season for the Lakers.

Now it has become clear why he made his decision. According to a report from Bleacher Report’s Chris Haynes, the Lakers made a promise to LeBron that they would surround him with the pieces he needs to compete for the rest of his time with the team.

Inside the critical decisions for the Lakers, how it could prompt key players to sour on the direction of the franchise, and LeBron James’ unwillingness to stand pat and waste a season, league sources tell @BleacherReport: https://t.co/rn4cX9JGZ1

When four-time MVP LeBron James agreed to a two-year, $97.1 million extension in August, the Los Angeles Lakers made a promise to supply him with the necessary pieces to compete for a championship throughout the duration of his tenure.

Well, the Lakers definitely haven’t lived up to this promise. Throughout the offseason, they refused to do what they needed to put pieces around LeBron that could actually win and now the team is 2-9 to start the season.

The Lakers reportedly had chances to make good on this promise during the offseason as they could have landed Buddy Hield, who is currently shooting just over 40% from the 3-point line.

The Lakers will have to hurry up and fix this as they are quickly getting to the point where they won’t be able to reverse their start to the season. LeBron surely won’t be happy with the Lakers if they reach that point.