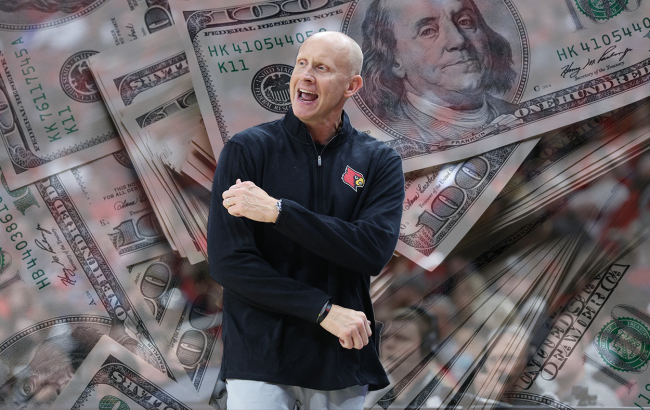 Midway through his fourth year with the program, former Louisville head basketball coach Chris Mack was fired on Wednesday. He signed a seven-year contract with the Cardinals on March 27, 2018 and will make a lot of money not to finish out his deal.

At the time of his hiring, Mack was considered the biggest coaching “get” in that year’s college basketball coaching carousel. He left Xavier, his alma mater, after winning 69% of his games in nine years and making the NCAA Tournament in eight of nine seasons.

Mack’s time with the Musketeers culminated with a No. 1 seed during March Madness in 2018. Shortly thereafter, he was hired away by Louisville and took over for Rick Pitino.

Louisville was knocked out of the NCAA Tournament in the Round of 64 during Mack’s first year. The following year was cancelled due to the COVID-19 pandemic, but UofL missed out on the tournament altogether last season.

That, on top of this season trending in the same direction, caused Mack’s tenure to come to an early close on Wednesday. He is out as the head coach of Louisville.

However, he will make a ton of money to be unemployed.

Mack spoke about being fired after the decision on Wednesday and was in good spirits.

Part of the reason that Mack was able to keep a sunny disposition is likely the money that is coming his way. The Cardinals will pay him $4.8 million not to be their head coach.

For the next two years, Mack will receive almost double the annual salary of the average American every month to not be the head basketball coach at Louisville. To make things even better, he will receive compensation for health insurance until June 2023.

Fired basketball coach isn’t a bad gig if you can get it!