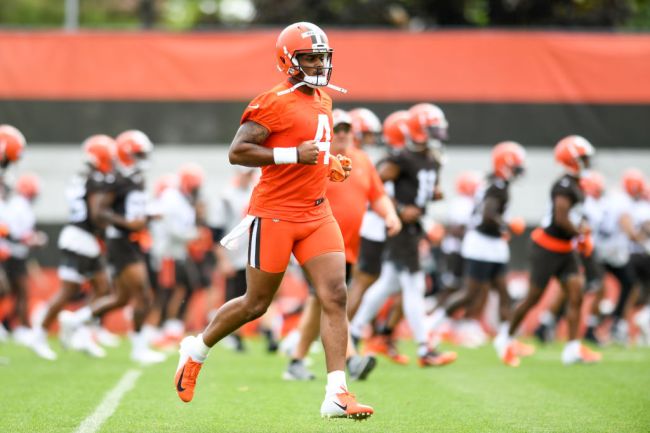 It’s been quite some time since the football world learned that Deshaun Watson didn’t intend to ever play another game for the Houston Texans. It wound up taking much longer than expected for that decision to become official because of Watson’s legal issues, but back in March his time with the Texans finally came to an end.

The move came in a huge deal with the Cleveland Browns that landed the Texans a ton of draft picks that they can use to rebuild a roster that led the team to the league’s 3rd worst record last season.

The man leading this roster through the rebuild will be Lovie Smith and today he commented on the Watson trade.

Texans HC Lovie Smith speaks on Deshaun Watson and the road ahead in Houston.

“Sometimes divorce is good, and that’s my statement that I’ve made a lot of times when you know a split’s going to happen, and both parties are going to win once it does. I don’t know exactly what happened. The accusations are there, and if they have merit that will all come out in time. But for our football team, we needed to move on.”

Smith is right that by the time this offseason rolled around, trading Watson was what was best for both parties. Watson clearly wasn’t changing his mind and the Browns were willing to give them everything they wanted in exchange for the disgruntled QB.

Whether or not this move works out for the Texans will rely entirely on what they turn those draft picks into and whether or not they can find themselves a franchise quarterback in the near future.