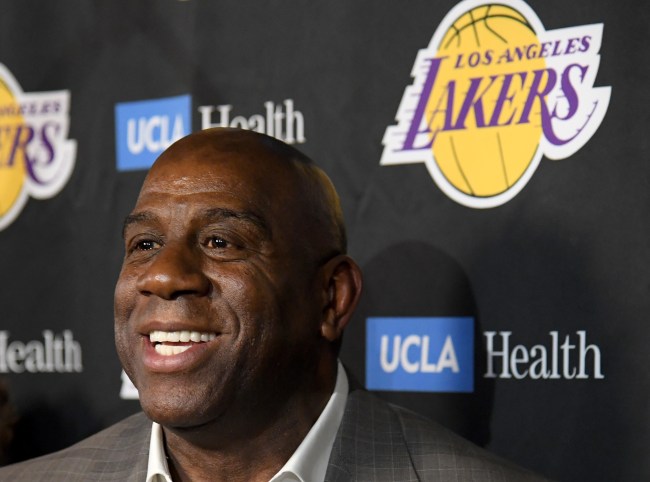 Two weeks ago Magic Johnson abruptly resigned as Lakers president of basketball operations because he was frustrated that he wasn’t allowed to tweet about basketball.

Since then the team has been attempting to hire his replacement while also looking for a new coach.

🔊 The Lakers are reportedly looking for a replacement for Magic Johnson and could be aiming high for their next president. (via @sam_amick with @SedanoESPN, @KamBrothers & @iamBenLyons)

Ty Lue and Monty Williams will get second interviews next week, while Juwan Howard gets his first. Of note, too, the Lakers still aren't looking to replace Magic Johnson. https://t.co/K4CO57wB6K

Everybody knows I love the Lakers. I’m gonna always help them like right now, I’m going to still help them. I love my team, I love my franchise, and I love my city. So you have to do things sometimes on your own terms. No matter what other people think and I’m that guy but I’m still helping them. It’s almost like I never left. I’m still talking to them everyday…I’m going to help the Lakers get back right you can believe that.