This University of Maine Offensive Lineman Sports A Handlebar Mustache, Can Dunk A Basketball And Wears No. 69 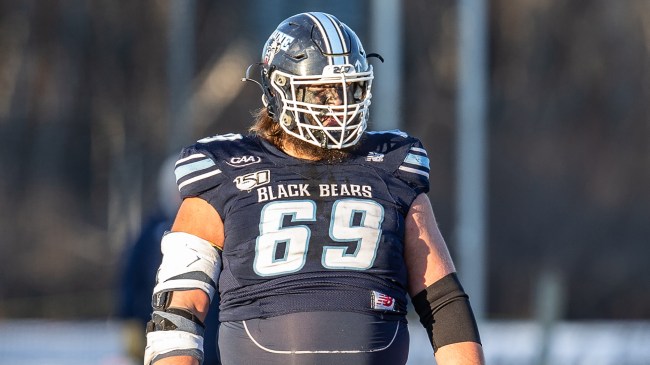 The University of Maine did not play a football season this fall due to COVID-19 and it’s a real shame because it was supposed to be the swan song for offensive lineman Liam Dobson. Dobson stands 6-foot-3, 340 pounds, has unmatched athleticism for somebody his size and wears number 69 because of the hilarious stigma attached. He can dunk on a 10-foot rim, played rugby, volleyball, basketball, golf as a kid and lined up both on the defensive line and at fullback growing up. Most recently, he garnered internet fame for the program’s season schedule calendar. 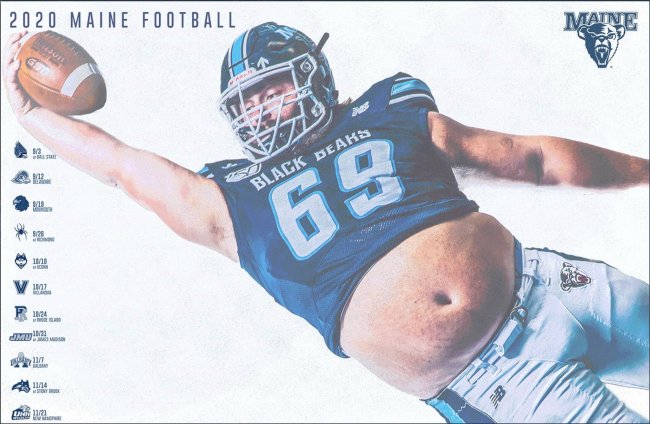 Born in Ottawa, Ontario, the Canada-native finished out his high school career on the offensive line at Canada Prep Academy, a program that travels to the United States to play its games and was recruited to play across the border on the next level after breaking his hand and playing his senior season in a full cast. When he got to Maine, he became an instant legend with his 29-inch vertical and animated personality. When he gets on the field, he covers every inch of his face with eye black and would not be someone you’d be excited to see lined up across from you. 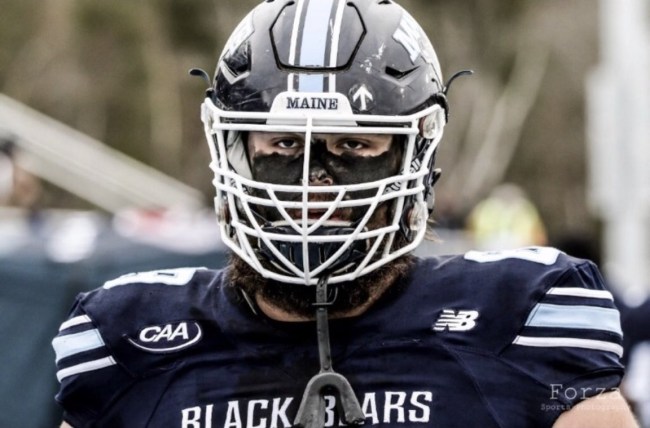 Well, the war paint fills the gaps that his bushy beard and glorious handlebar mustache don’t, that is. 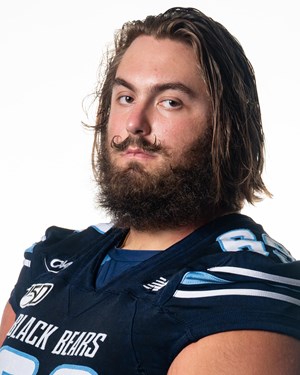 Dobson will have to wait and see if the Black Bears play a six or eight-game spring season or choose to return in the fall of 2021, but in the meantime, Maine has been practicing and Dobson has been making more of his now-famous one-handed snags.

His draft stock for the Canadian Football League is rising with every game and Dobson was one of the FCS’ top-rated Big Uglies over the last couple of seasons. If he keeps playing as well as he has during the short season, there is an outside chance he could get the opportunity to try and translate his game to the NFL.