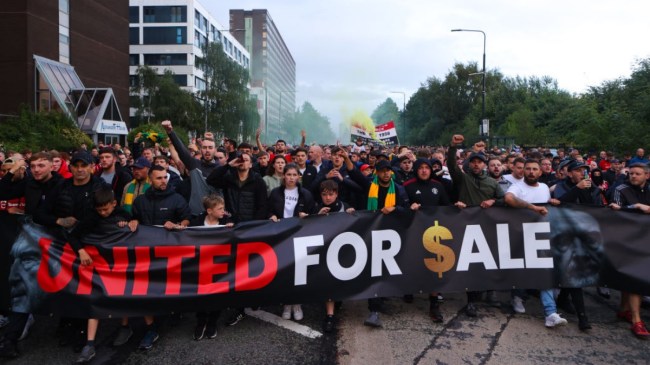 Manchester United has undergone some major changes over the past year. Last November they fired their manager. They had two different interim managers over the course of last season, but then they hired Erik ten Hag who was expected to bring some stability to a struggling club.

He has gotten the team back into contention for a top 4 spot in the Premier League after they missed out on a Champions League place last season, but the team has still had issues to deal with.

The team has had issues with Cristiano Ronaldo, which led to the team and player mutually deciding to move on today.

That wasn’t the end of the team’s big news for the day. Manchester United also released a statement today that revealed that the team is exploring strategic options for the the club and those options include potentially selling the club.

Club statement on a process to explore strategic options for Manchester United.#MUFC

Manchester United plc (NYSE:MANU), one of the most successful and historic sports clubs in the world, announces today that the Company’s Board of Directors (the “Board”) is commencing a process to explore strategic alternatives for the club.
The process is designed to enhance the club’s future growth, with the ultimate goal of positioning the club to capitalize on opportunities both on the pitch and commercially.

As part of this process, the Board will consider all strategic alternatives, including new investment into the club, a sale, or other transactions involving the Company. This will include an assessment of several initiatives to strengthen the club, including stadium and infrastructure redevelopment, and expansion of the club’s commercial operations on a global scale, each in the context of enhancing the long-term success of the club’s men’s, women’s and academy teams, and bringing benefits to fans and other stakeholders.

It isn’t the only option they’re looking into, but if Man U actually went up for sale, there would surely be plenty of interest. They may not be among the world’s most successful clubs over the past decade, but they remain one of its biggest.