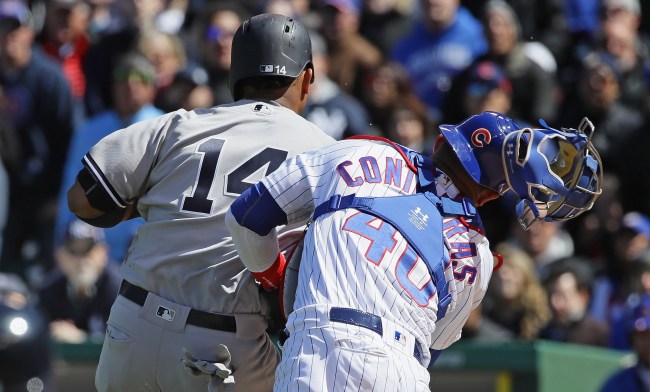 Who is the most hated team in Major League Baseball in 2019?

Have people finally grown tired of the Chicago Cubs now that they are no longer the “lovable losers”? Has Boston finally won one too many championships and fed up an entire nation? Have the Mets finally bungled their way to most-despised status?

While all of those things are, for the most part, very true, this new map created by betting site CasinoInsider.com, which shows the most hated teams each of the 50 U.S. states makes it pretty obvious which team fans hate the most.

Geotagged Twitter data from more than 10,000 tweets in 2019 that mentioned hating a specific Major League Baseball team was used to determine, by state, who really is the most loathed team in all the land this summer.

Any guesses as to who came on top overall? Here’s a hint.

Well, what if I told you that the second most hated Major League Baseball team in the United States, based on the number of states who hate them the most, is…

Yup, people have apparently finally had enough of having the Chicago Cubs jammed down their throats.

According to the map, the most hated team was the Yankees, taking the top spot in 28 out of 50 states (even Alaska hates them), but the Cubs came in second on the list with eight states saying they hate them the most – and especially in states surrounding the Cubs’ home of Illinois.

The third most-hated MLB team is the Dodgers with five states, followed by the Mets and Cardinals with four, and then the Red Sox with just one. (Really? Just one? C’mon, America.) 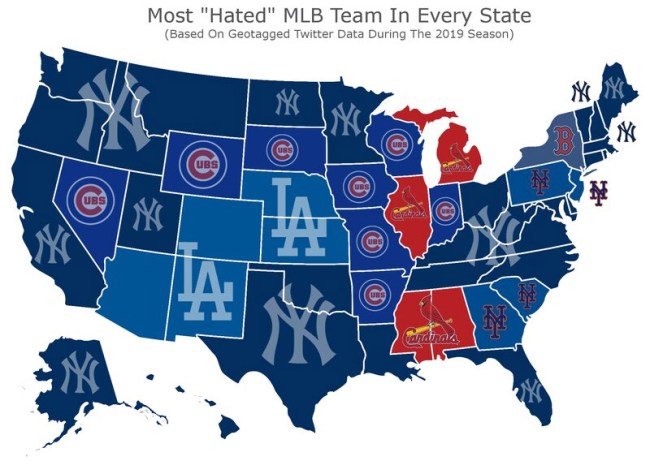 So… which Major League Baseball team do you hate the most?