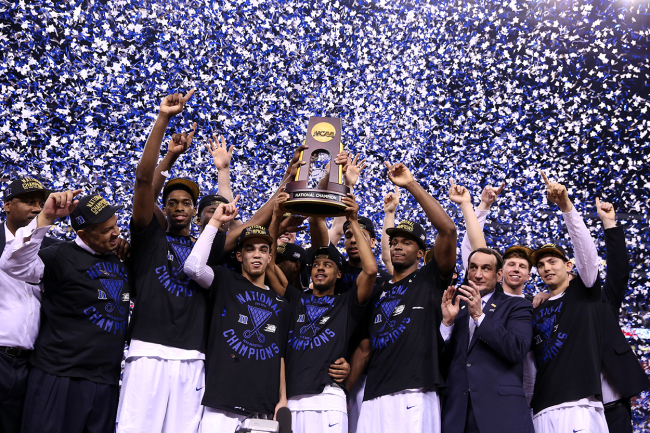 As 2022 March Madness moves on to the Sweet Sixteen later this week, 16 college basketball coaches will hope to continue their run to a national title. Among them, there is one coach in particular who has a chance to make history in more ways than one.

No head coach with a beard has ever won March Madness. Ever.

CBS ran a graphic with three interesting notes about this year’s tournament on Sunday. One of which included the fact that a bearded coach has never won a national championship.

Thank you @MarchMadnessMBB I never realized I needed to know no coach with a beard has every won the tournament pic.twitter.com/IhAeaqaCQj

And now, of the remaining 16 teams in this year’s tournament, only one has a beard and he just so happens to coach a team that likely won’t get much further than it already has. That means, assuming that none of the current coaches decide not to shave for the rest of this season, for the 84 years that the NCAA Tournament has been in existence, a coach with a beard probably will not win.

While that might seem crazy, when you look at the numbers and popularity of a beard, it is not that hard to believe.

Throughout the years, facial hair has seen many rises and falls, but no upward spike has been great enough to overtake the clean-shaven look. To have a beard in professional culture, for a very long time, was considered unprofessional.

As a result, college basketball coaches have historically kept a clean face and coaches without a beard outnumber coaches with a beard.

That, in turn, swings the probability of coaches who can win the national championship heavily in favor of those without a beard. Thus, historically speaking, the key to winning March Madness is not just having the best team get hot at the right time, but the head coach must not have a beard.