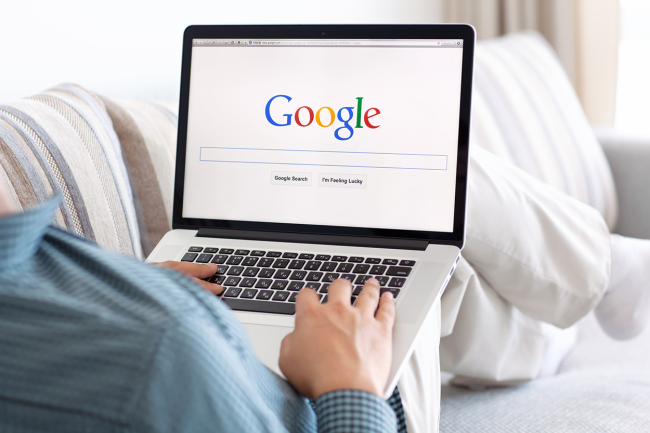 March Madness has begun. With the First Four games having come and gone, providing some fantastic moments along the way, the NCAA Tournament is officially underway.

As the games unfold over the next two weekends, four primary TV channels will be at the forefront of the viewing experience. As is per usual, CBS, TNT, TBS and truTV will air all of the games between the four networks.

While CBS is commonplace and both TNT and TBS offer programming that keeps the two channels on the radar of most, at the very least, truTV is more out there. Impractical Jokers is the channel’s most well-known show these days and covers a significant portion of its airtime.

However, for those who do not watch Sal, Murray, Joe and Brian on a consistent basis, truTV may not be particularly well-known.

As a result, it leads to a tradition unlike any other.

The amount of people who Google search for the channel from the start of the NCAA Tournament to its conclusion always spikes by a significant margin. After the First Four games, which were all hosted on truTV, the spike has once again started to head in an upward trajectory.

Here is how the Google analytics look from 2004 to present, with the March spikes being very noticeable. 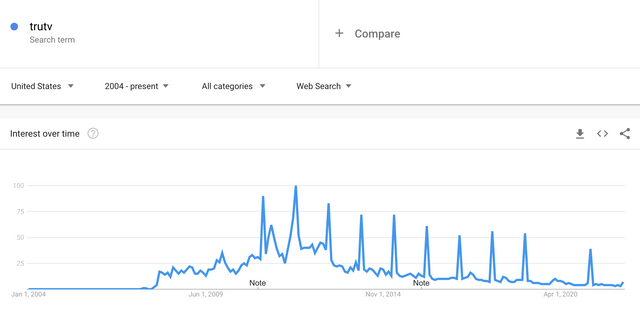 And here is how traffic looks over the last five years, with the 2020 NCAA Tournament being cancelled due to COVID-19. 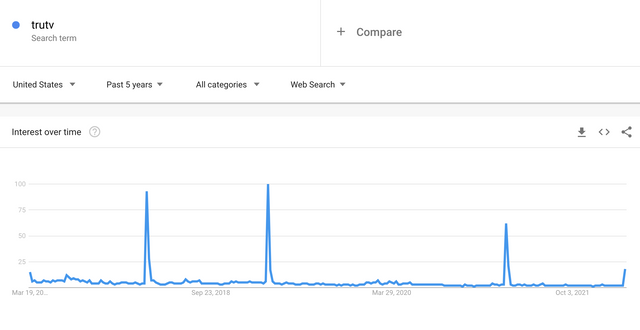 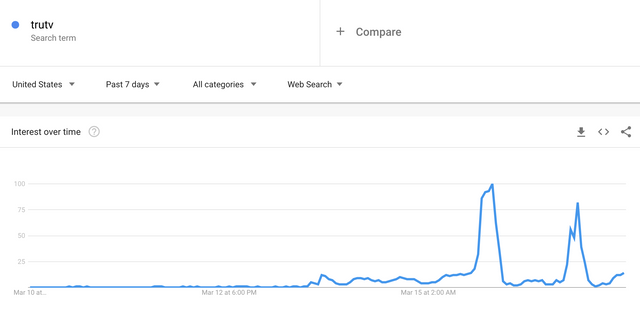 When the First Round kicked off on Thursday, it was up and down throughout the day. 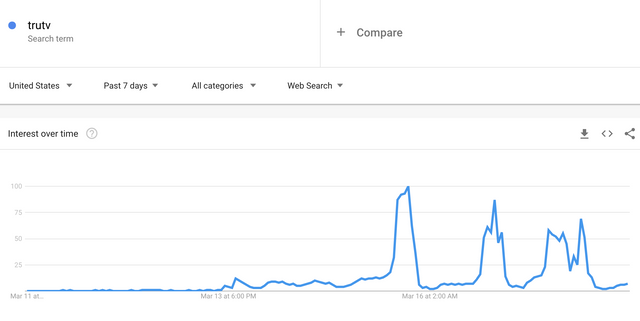 As March Madness continues, the spikes will only continue.