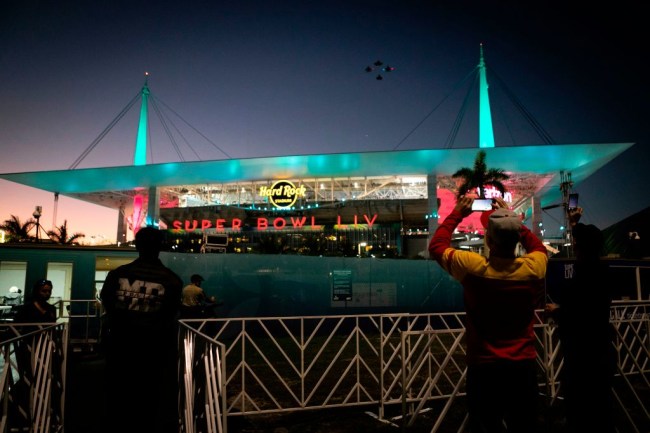 No matter what the situation surrounding the Super Bowl or any major sporting event for that matter, one thing is always consistent and that is that flyovers over the stadiums are undefeated, they are always badass, 100% of the time.

There is something about that moment in the National Anthem when the singer sings ‘and the hommmmme’ when you can begin to hear the roar of a jet engine approaching a jam-packed football stadium. Then, the jets make their way over the top of you and for that split-second you’ve never felt more alive than in that moment. Then, after you sit back down and grab that $16 beer you just bought, you get back to thinking about the bad decisions you’ve already made that day.

With that being said, we don’t really hear too much about the actual pilots that get to fly over the biggest sports stages around the country. The real question here is how they decide on who actually gets to fly over events such as the Super Bowl.

For Super Bowl LIV in Miami Marines flew F-35’s over Hard Rock Stadium and the pilots were chosen in the fairest way possible: a coin toss.

Business Insider got the scoop about the coin toss:

It came down to Maj. Adam Wellington (callsign “Zombie”) and Maj. Alex Horne (callsign “Ape”). They used their squadron coin to call it. The front of the coin has a blue background, emblazoned with the words VMFAT-501 Warlords with an F-35 set across some lightning, while the back mimics the squadron patch and is largely silver.

He said he was crushed, of course, but still thrilled to be in Miami as part of the squadron and to experience Super Bowl fever, even if they aren’t going to the game.

Marines and all those that serve the United States are the most badass people out there, but getting to fly over an event like the Super Bowl is certainly a unique, once in a lifetime thing even for those men and women.

Tough call for Maj. Horne going with blue and missing out on the flyover.