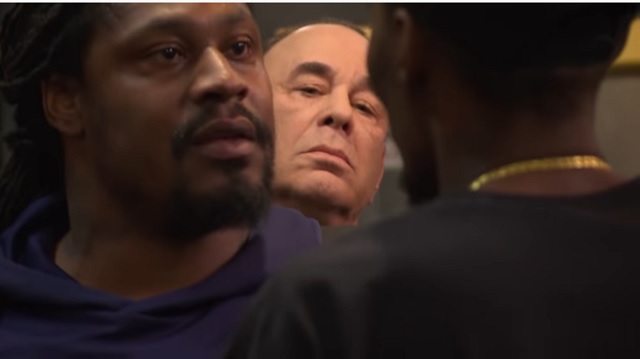 Marshawn Lynch may have played his last NFL game on Sunday but it seems like we’re still going to be seeing plenty of him on TV in the future.

After the Seahawks-Packers divisional playoff game, Lynch gave young players advice to take care of their body, minds, and financials.

Lynch used the rest of his time at the podium to tell fellow players to take care of their minds and finances. pic.twitter.com/vMhPA5fnUy

Unfortunately, Lynch needs a bit of financial advice himself because he’s losing money on his Emeryville soul food restaurant, Rob Ben’s. The Seahawks running back has called upon none other than Jon Taffer to help him figure out the restaurant business and in the trailer for the season premiere of ‘Bar Rescue’ Lynch could be seen setting a loudmouth employee straight for acting up.

Do you miss @BarRescue? You'll be interested to know that you can catch up ahead of the new season on the #ParamountNetwork app. And we'll see you March 1st at 10/9c when @jontaffer returns! pic.twitter.com/KDZxRARAvk