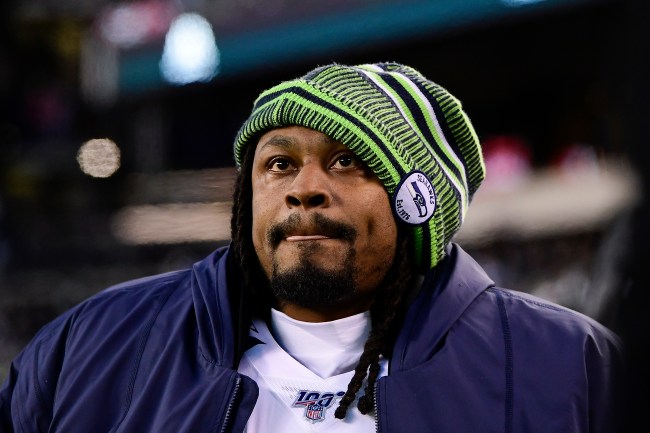 Marshawn Lynch may have played his final game in the NFL but as a veteran he wanted to impart some wisdom with some of the younger players in the league.

After the Seahawks loss to the Packers on Sunday, Lynch used much of his postgame press conference advising players to take care of their minds, bodies and finances.

Lynch used the rest of his time at the podium to tell fellow players to take care of their minds and finances. pic.twitter.com/vMhPA5fnUy

Lynch has been notoriously frugal with his money and according to several reports has saved up a majority of what he’s earned in the NFL.

Hopefully players will listen to what Lynch is trying to say because a lot of them end up broke by the time their short NFL careers are over.

Together through it all. pic.twitter.com/0xE6ujpYRm

Marshawn Lynch is out here advocating for wise financial decisions, self care, and mental health!!!!!!! https://t.co/lm1IvSZgmE