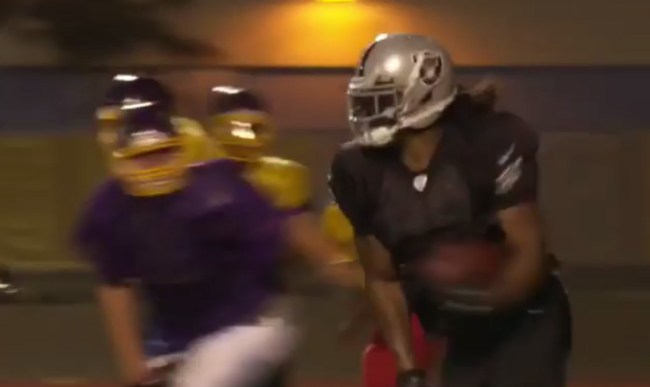 Marshawn Lynch may not be playing this weekend for the Oakland Raiders thanks to his one-game suspension for bumping a referee during a scuffle between his team and the Kansas City Chiefs last Sunday.

It isn’t stated whether or not this most recent video was shot this week, but regardless, it isn’t the first time Lynch has shown up and done some crazy things for his old high school football team. Remember the time Lynch brought Wolverine to a practice?

How can anyone not love this guy?